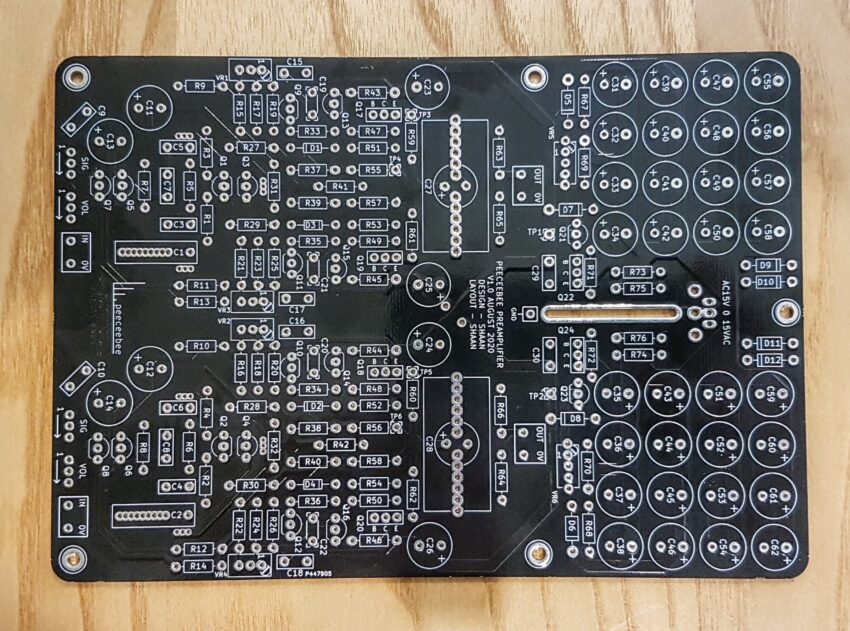 An envelope dropped through the letterbox yesterday morning containing a PCB I’m quite excited about, a preamplifier with a twist. In a similar vein to the Pass H2 harmonic generator, this preamplifier has a real-time, adjustable harmonic distortion level.

The circuit was designed by Shaan and is offered for sale in a group buy on DIY Audio. It comes complete with its own on-board, low noise regulated power supply section. Shaan has previously released a very good amplifier, the PeeCeeBee V4 and it’s higher powered sibling the V4H and also a PSU. I built the V4 and PSU a while ago, details here, and found Shaan to be very supportive when I had some issues with my build, all of which I must add were of my own making and not a fault of the circuit.

I’ve got a Mouser order on the way and all being well, hope to make a start on this at the weekend.