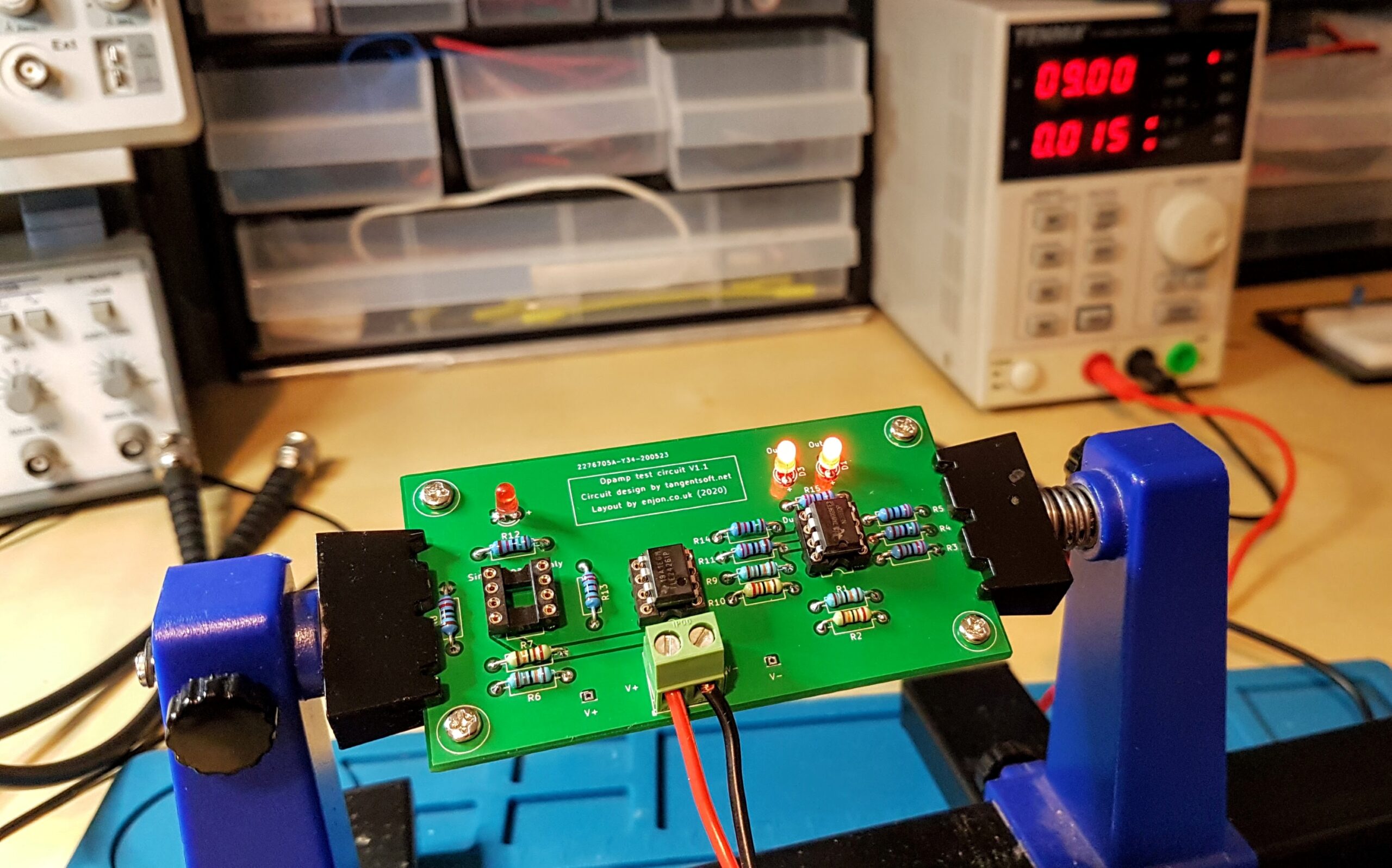 I’ve been having some problems with what should have been a straightforward build of a headphone amplifier and wasn’t sure if I’d damaged the op amps or if they were still useful. I came across this tester circuit at Tangentsoft and decided to build it. It requires a TLE2426 rail splitter virtual ground, a few resistors, LEDs and some DIP8 sockets.

I’ve recently begun to explore KiCad so that I can start to design my own PCBs, so I thought this would be a good opportunity to make my version of the tester. The circuit is the same as that presented by Tangent, but I’ve incorporated sockets for dual and single opamps on the same board. The dual opamp tester has LEDs to test for both outputs. There is also provision for attaching power leads into a permanent standard connector or pins to attach alligator leads. Unfortunately on this build the holes are a little too small for the pins, I thought I’d updated the footprint in KiCad, but obviously not.

The operation is simple enough, as Tangent describes… “the circuit supplies a low input voltage to each of the op-amp’s channels, tries to use the op-amp to amplify it, and if the chip is working properly, the LED(s) will light up”. I’ve tested it on a few opamps and my suspected dead parts failed to light up the LEDS but brand new chips lit up.

Gerber files for this project can be downloaded from here.