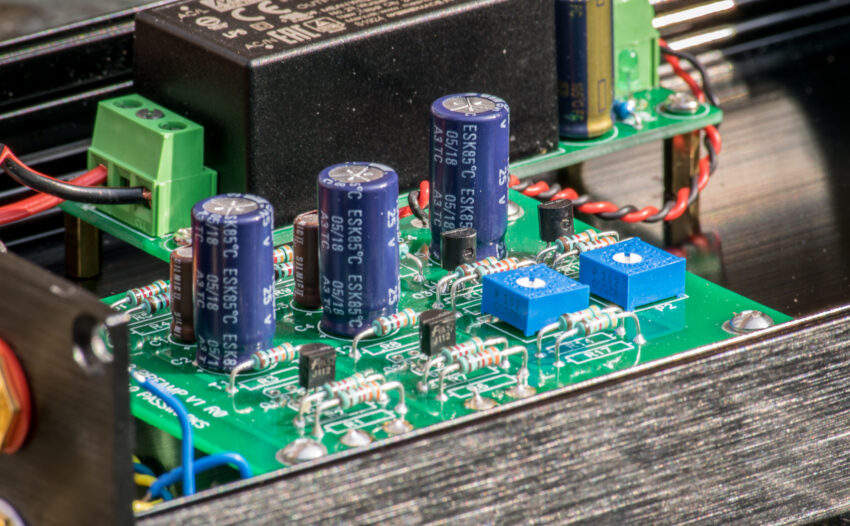 The events unfolding around the world at the moment are having impacts unheard of for generations. I am lucky; I’m well, I still have a job at the moment and am working from home, but, like many, that job may not be there for much longer. Whilst I am probably busier than normal as I adapt to my new work circumstances, playing around with audio gear in my spare time takes me away from watching constant news updates. I’m grateful I have such a diversion whilst we are in lockdown. The weather has improved immensely after one of the wettest winters for decades here in the UK. The sun is out, temperatures are rising and normally I would have headed off for some camping and walking in the hills.

This is a brief update of a previous post where I detailed my build of the 2nd harmonic generator by Nelson Pass. I now have a nice Pass clone enclosure, just £26 including postage. The power requirement for the H2 as specified is a regulated 24V DC wall wart rated at 0.5A, and Pass added some passive filtering after the LM317 regulator. As I had some spare filtered PSU boards from Slowdiyer, I bought a Meanwell IRM-15-24 (634mA) from RS for £9. For the CLC filter, I used a 150uH inductor as these were left over from a previous PSU build, and combined it with 470uF capacitors. I also used one of Slowdiyer’s mounting boards for the Alps 50K RK27 potentiometer. This has provision for terminal blocks and also a connection for a ground lead to the chassis.

The buzzing noted when I tested the board originally has now disappeared as expected. I tried it as a preamp into both my Amp Camp Amp and my new ICEPower Class D amp. The sound is actually quite good, such that I think I’ll leave it in place for a while.