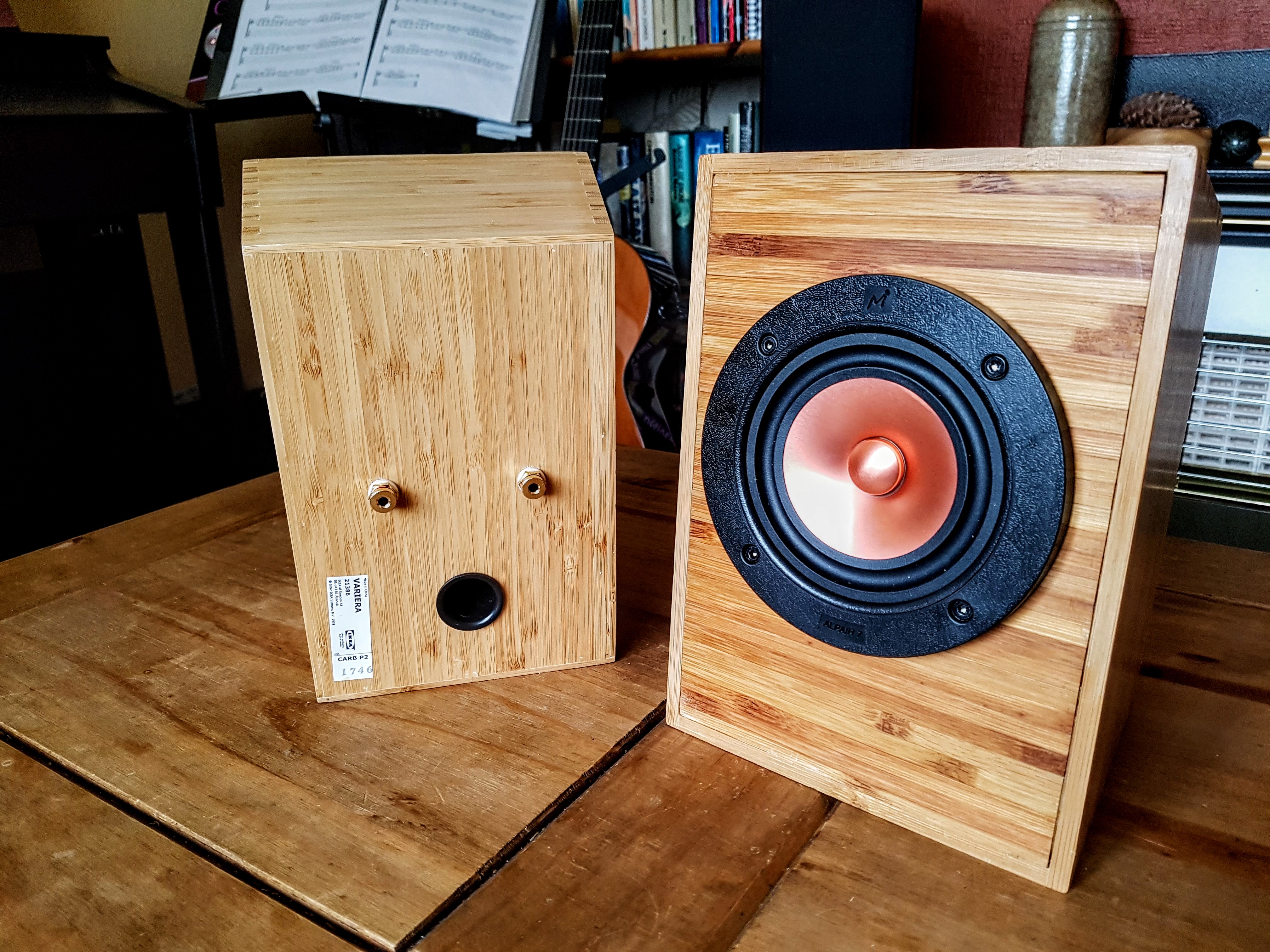 I’ve been thinking of building some speakers for a while now, and with the imminent departure of Idiot Child No.2 to university, an excuse has arisen – that being a simple audio set-up for her room.

The project had to be relatively cheap as I don’t have much spare cash for the next few months. I wanted to put more money into the drivers as they could be re-used in a better cabinet as and when funds allow. I hadn’t heard full range speakers before but I thought they might suit a small enclosure design better. I decided on the MarkAudio Alpair 7.3M at £120 a pair from KJFAudio in the UK.  At the same time I also purchased a few bits and bobs from KJF, such as the acoustic lining for the cabinet interior. I was going to follow one of the plans available, but the cost of the Baltic birch plywood was pushing the budget too high. Instead I bought two small bamboo storage boxes for the cabinets and a bamboo chopping board for the baffle from IKEA. I cut the opening in the baffle with a jigsaw and finished with a Dremel router bit. A couple of reflex ports were sourced from Ebay (£1.12 inc P&P) and basic loudspeaker terminals were from CPC.

The speakers are fed from the LM3886 amp I recently built and a Chromecast Audio as the source. I followed the advice about running the drivers in carefully by having them continuously playing music in my shed for 100 hours. I gradually increased volume as well as introducing bass and more complex musical material. The sound is quite good for such small speakers and the bass response improves when the speakers are positioned close to a wall. I quite like the look of the speakers but I’m already thinking about building  proper, measured cabinets for them to do the drivers justice.