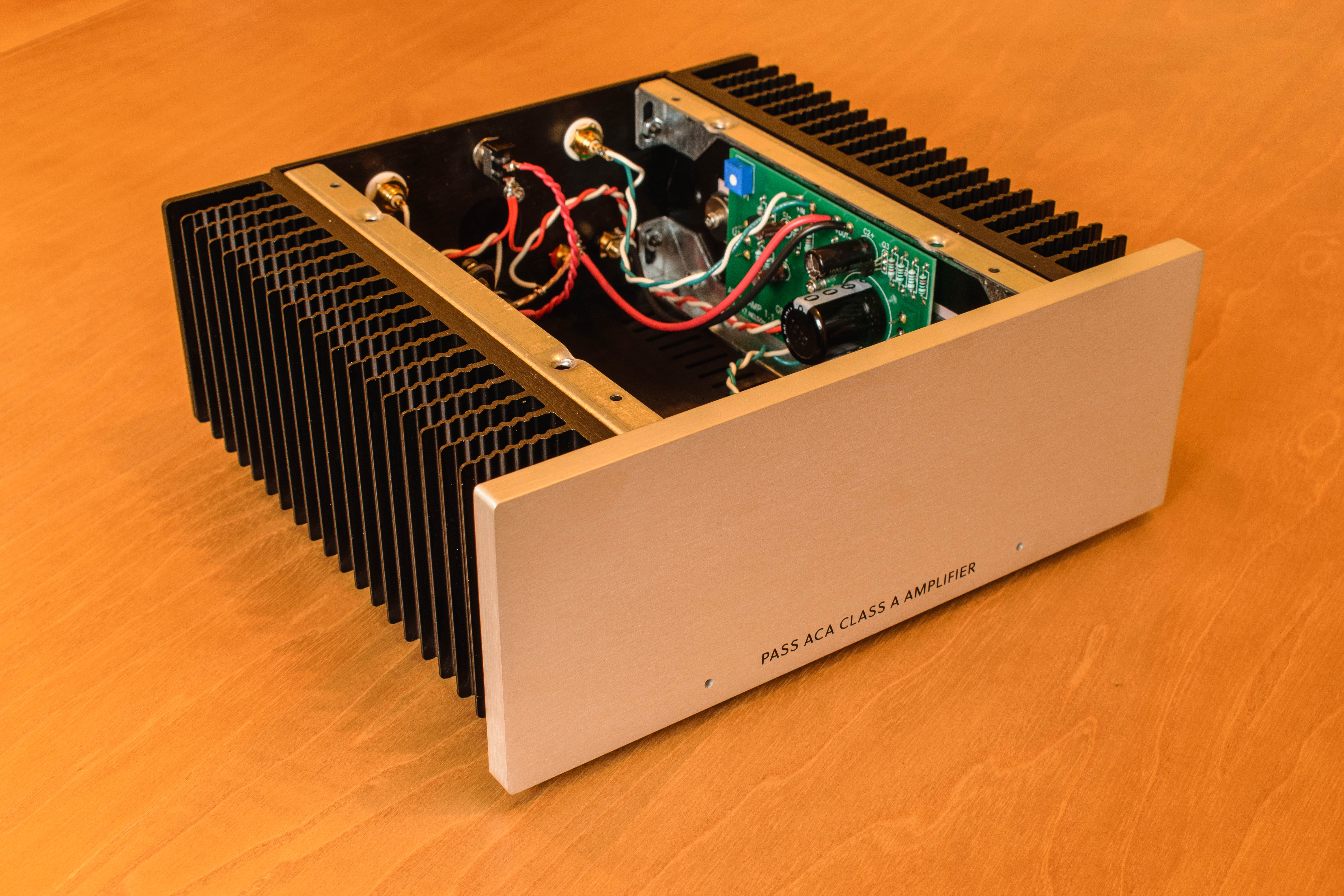 When I first started searching online for information about DIY audio, I came across the DIYAudio forum, as I expect most people do. Feeling bewildered, I clicked through to the store and saw what seemed to be the answer to my problems, the Amp Camp Amplifier, designed by Nelson Pass. This is a complete kit with a chassis and power supply included and, crucially for a novice, a decent build guide.

If you went by the figures and spec alone, you wouldn’t necessarily think the amplifier would be that useful, power wise, or sound too great. Nelson Pass though is convinced that this amplifier changes people’s mind about such matters. It is Class A and delivers about 5W per channel when fed from the supplied 19V power adaptor (it uses a switching supply of the type used with laptops – this was chosen for safety reasons by Pass as he didn’t want novices dealing with AC for their first build). The 1.5 version has lower distortion than the original and upgrading to a 24V supply gives more power.

Alas, these things sell out in no time as I learned, but I signed up to the mailing list in case they ever stocked them again. Well, last week an email dropped into my inbox notifying me that a limited quantity (70) of a new version of the kit was available and would I like one? I don’t think I’ve ever responded so quickly to an email, and I’m glad I did, they sold out in a couple of hours. Within a week I had the parts from the US and the chassis from Italy.

The parts kit contains components of the same quality that Nelson Pass uses in his commercial products and absolutely everything you need to build the amp, minus the solder, is included.

The PCBs look excellent as you would expect. Note that the PCB is labelled as V1.1 but it is now referred to as V1.5 on the DIY Audio forum.

Resistors, capacitors and small transistors are soldered in. 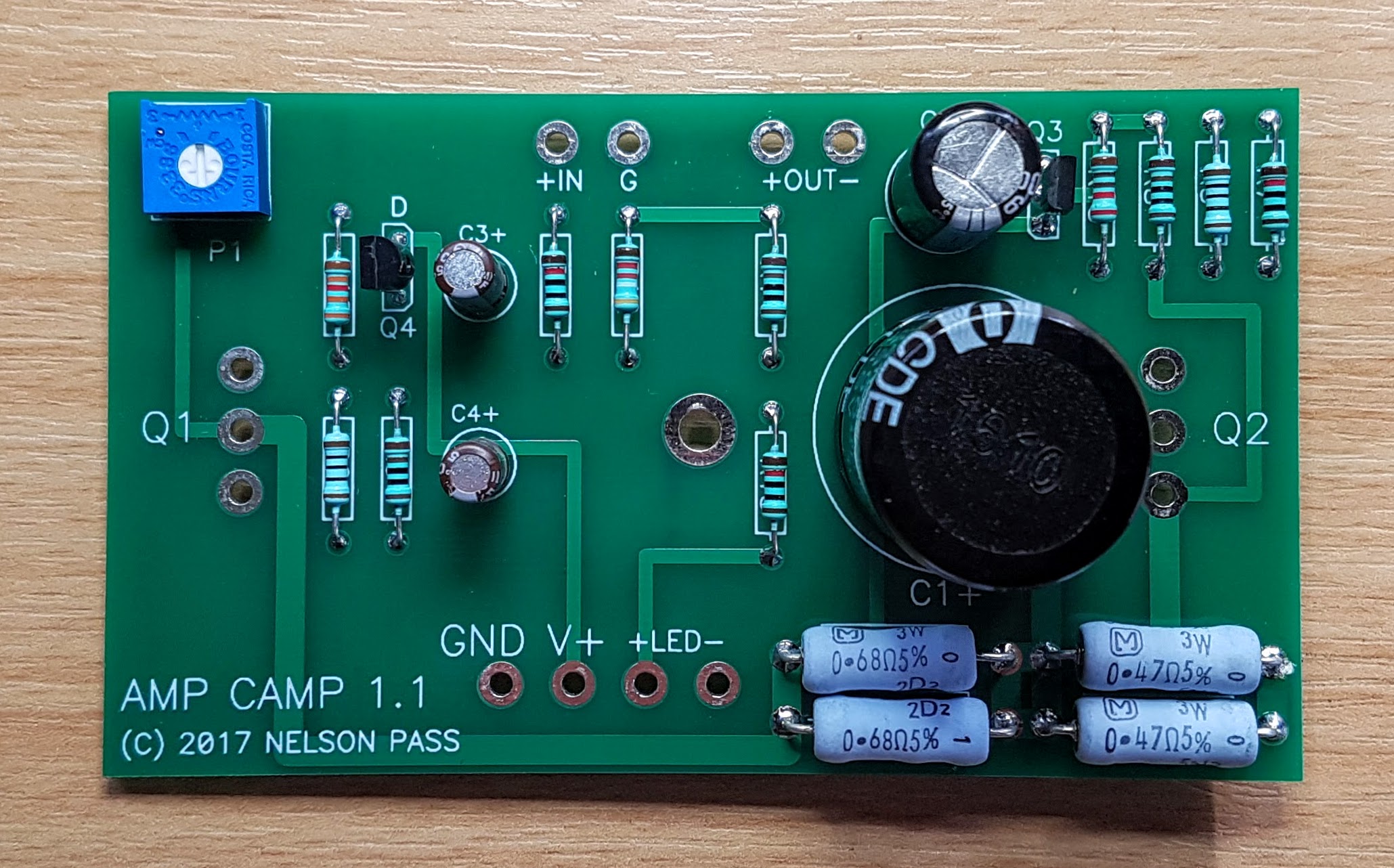 Q1 and Q2 are attached to the heatsink at the pre-drilled and tapped locations. Keratherm pads between the heatsink and transistor allow the transistor to be electrically insulated but remain thermally conductive. 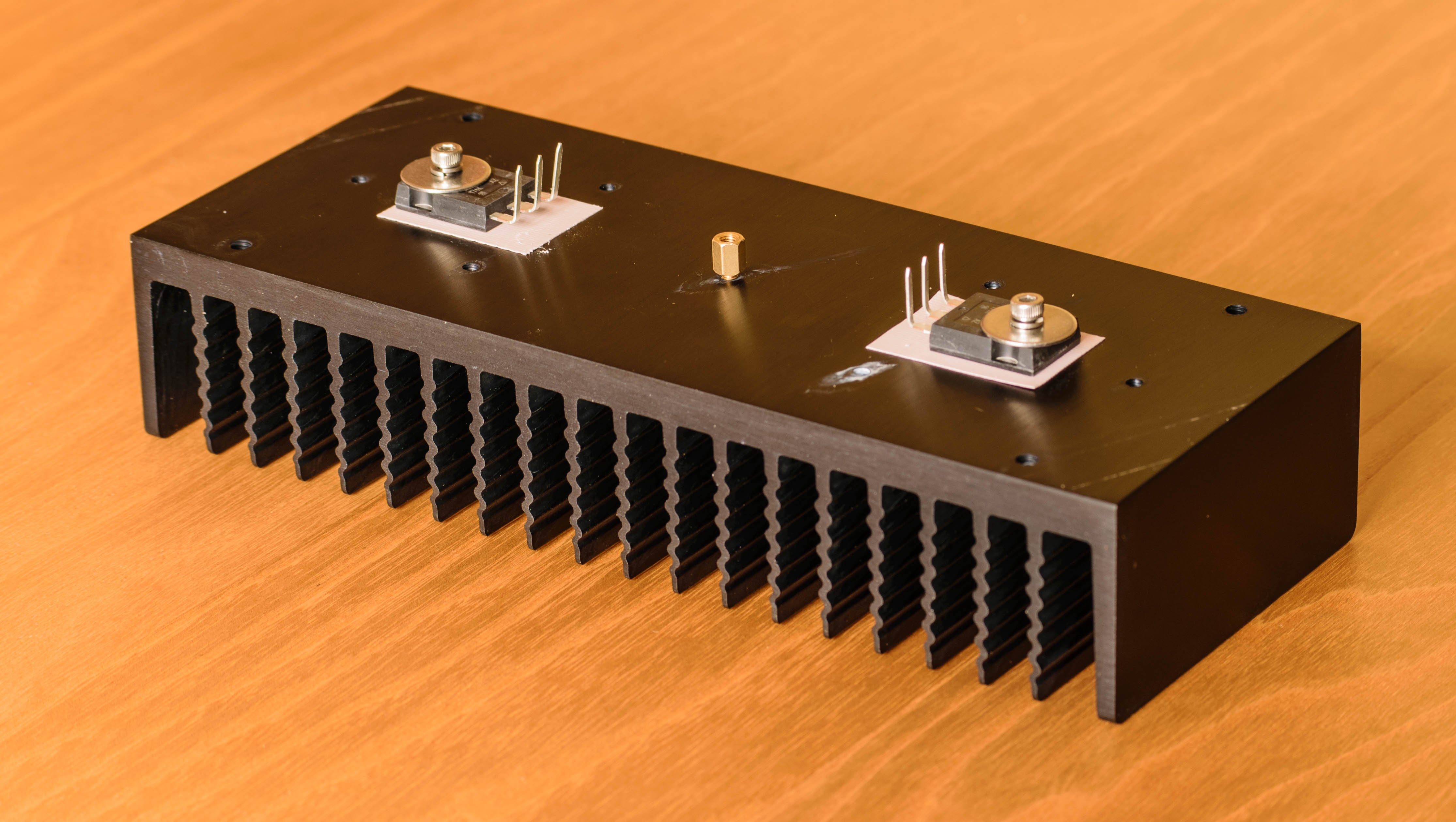 The PCB is then placed over the transistor leads. The drill spacings are perfect with this kit. 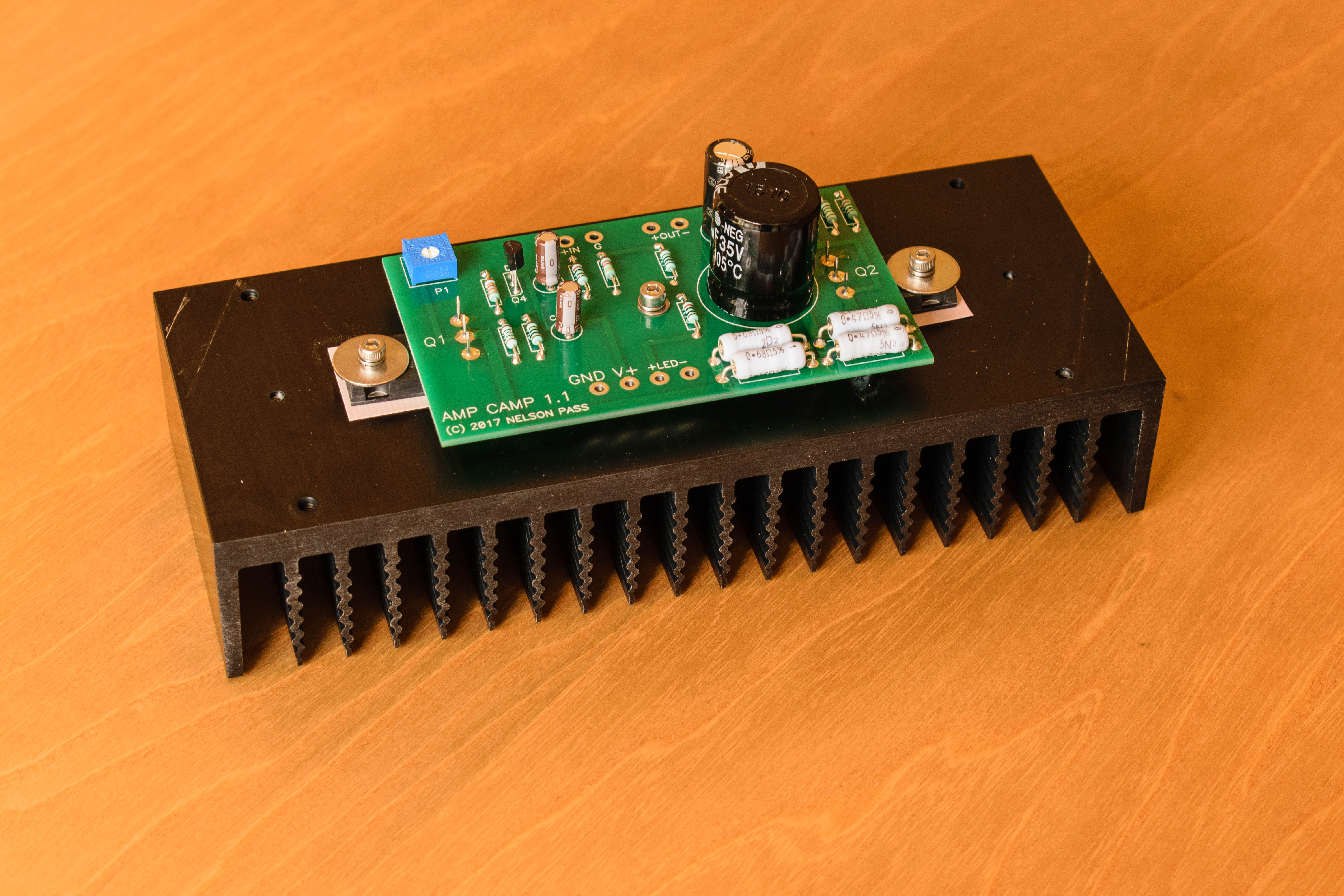 It shouldn’t be a problem, but make sure all component leads are clipped such that they can’t touch the heatsink. 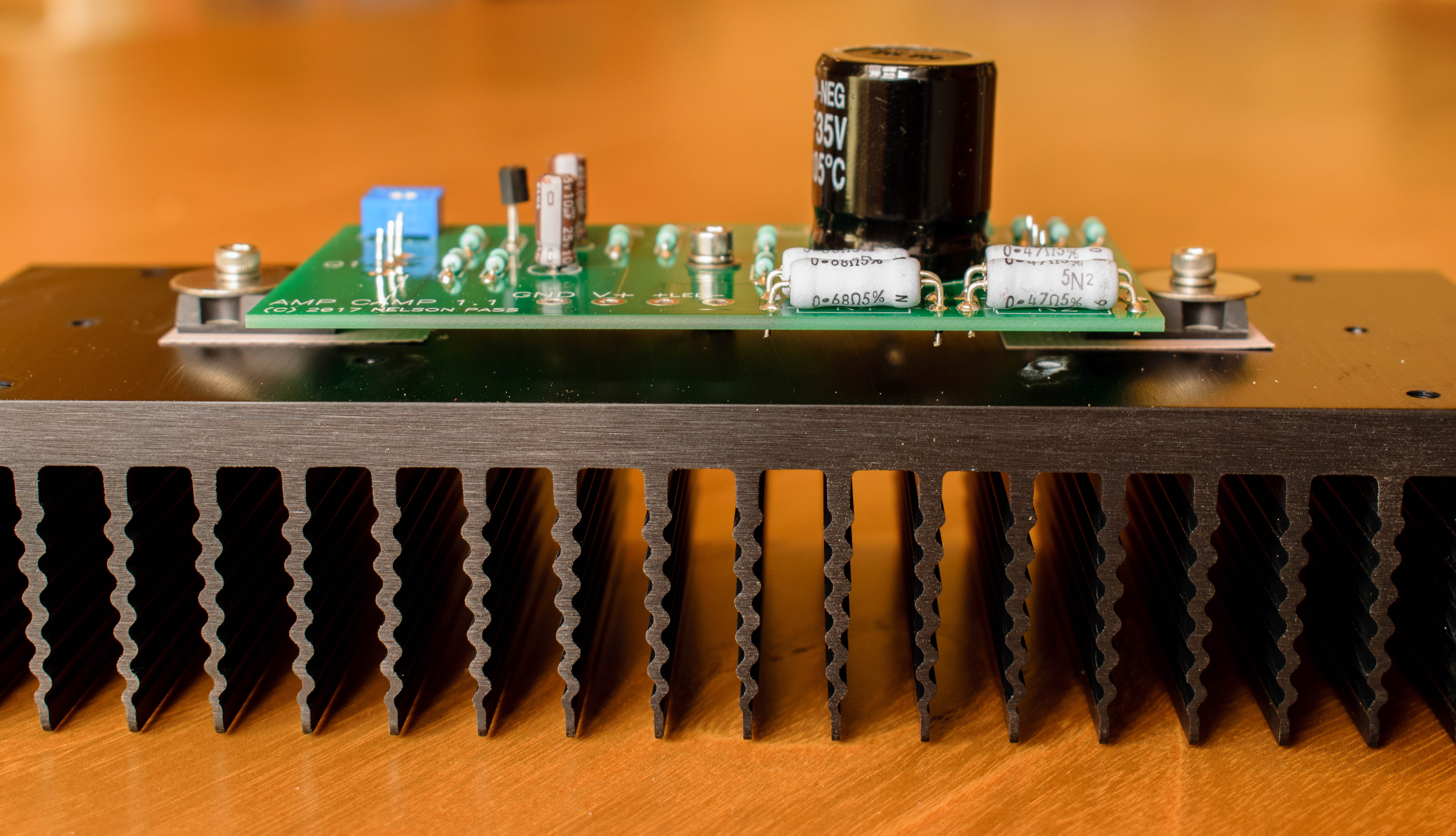 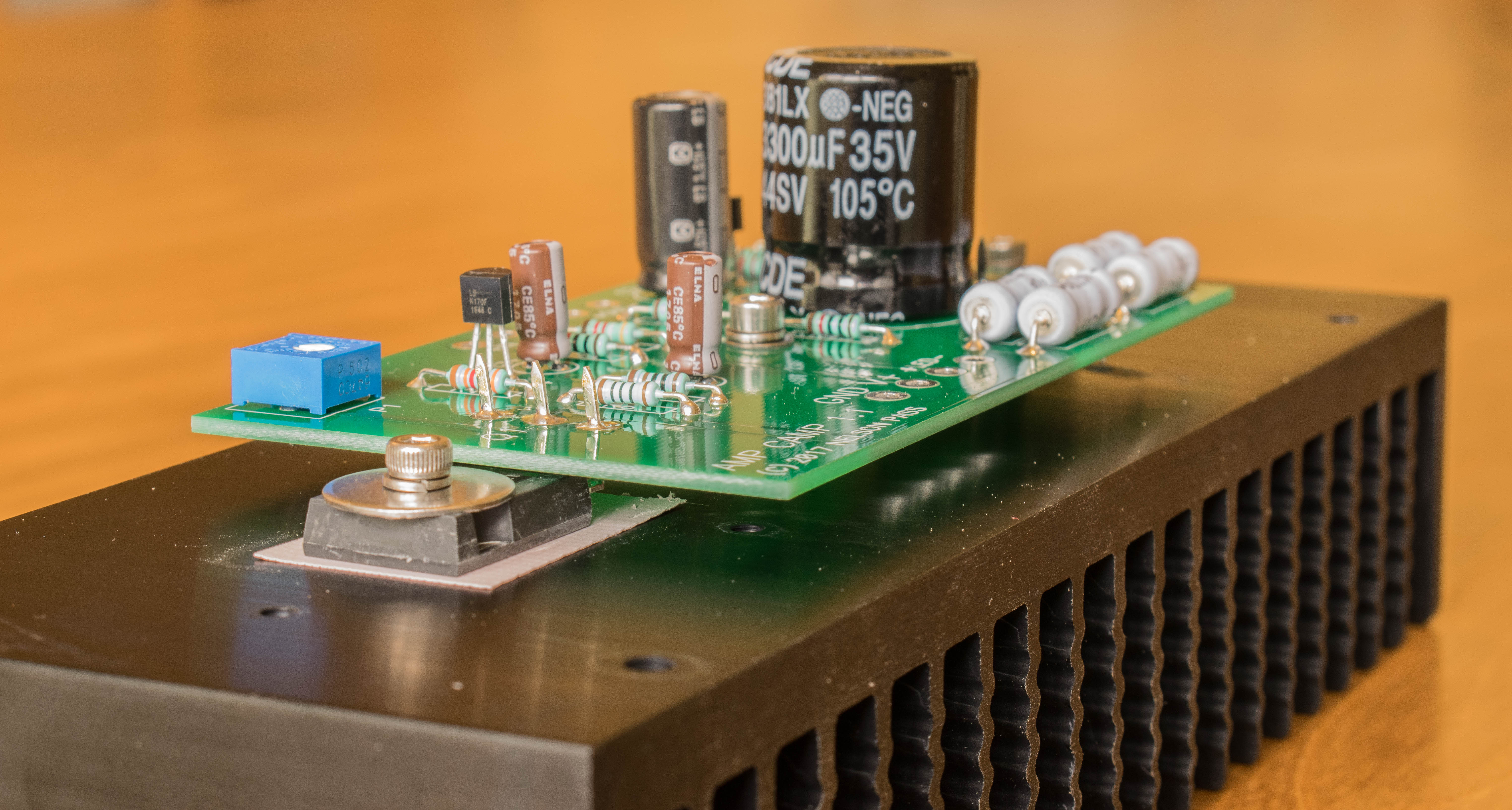 Once the boards are mounted to the heatsinks, attention turns to the chassis. The rear panel components are added and a wire is threaded through the power jack and the positive speaker inputs to act as a ground bus. 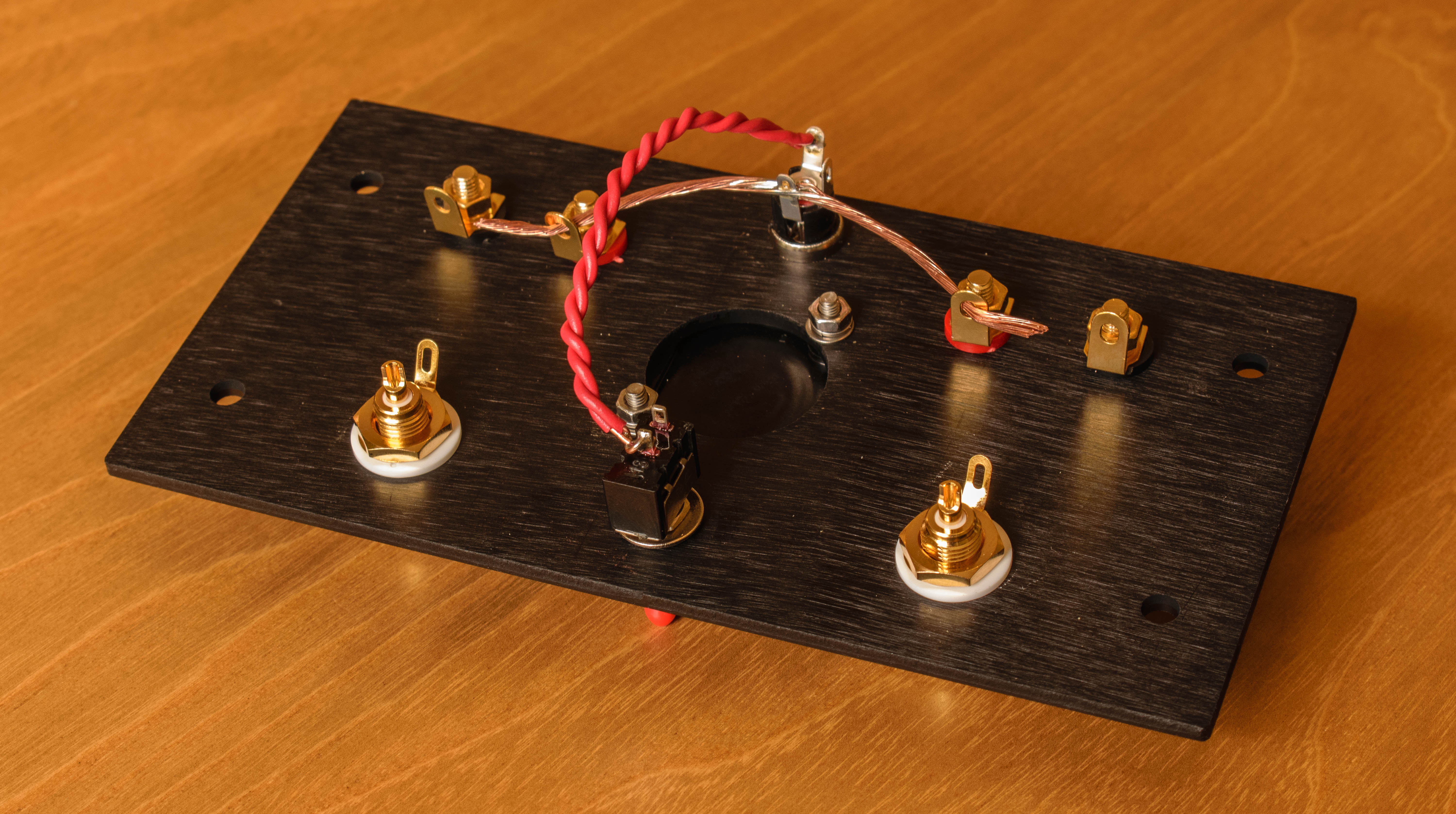 The chassis rails are screwed to the heatsinks, again into pre-drilled and tapped holes. 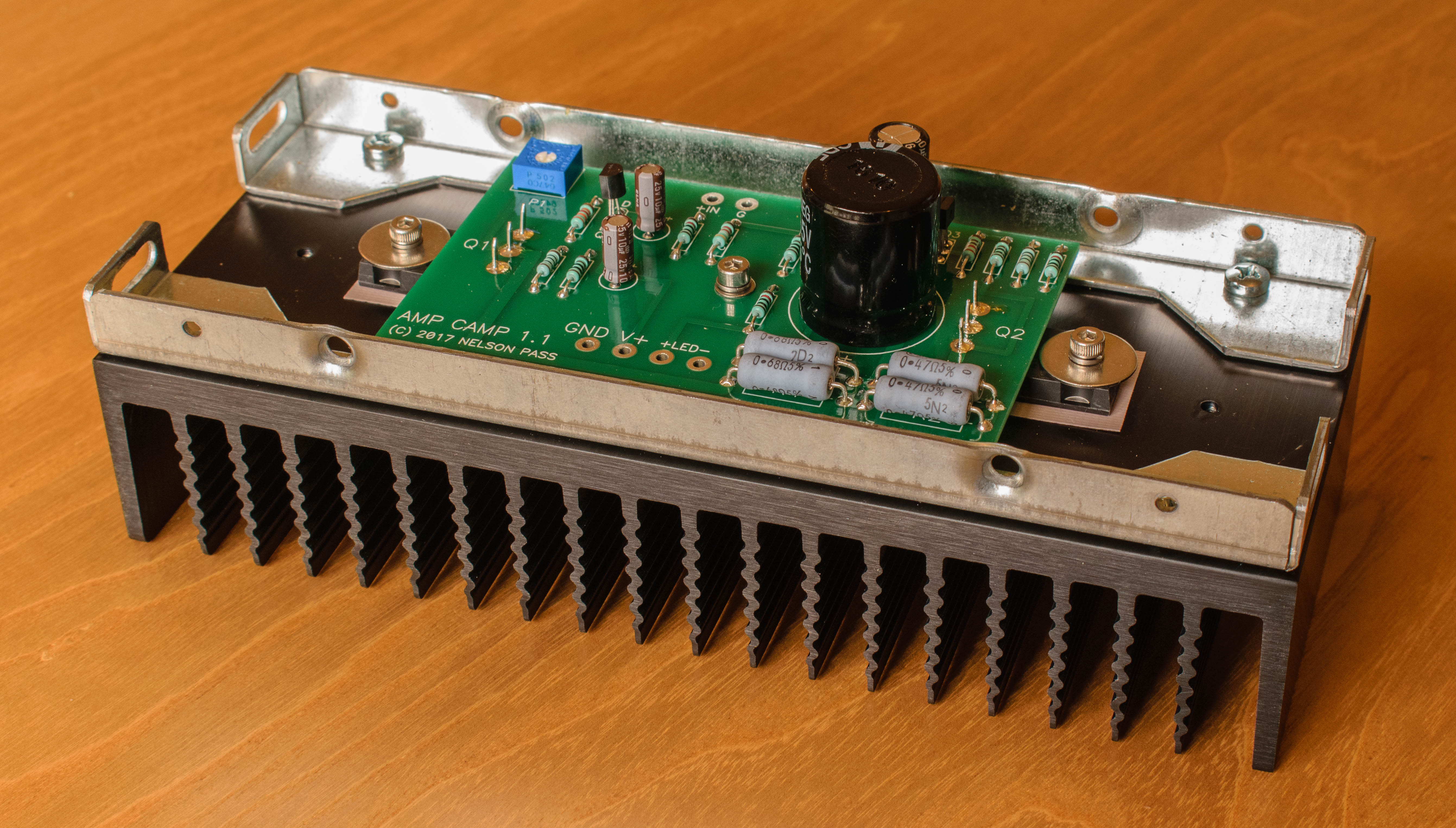 I wired up the boards to the rear panel connections and then powered up. The bias is set to 10V with the potentiometer. 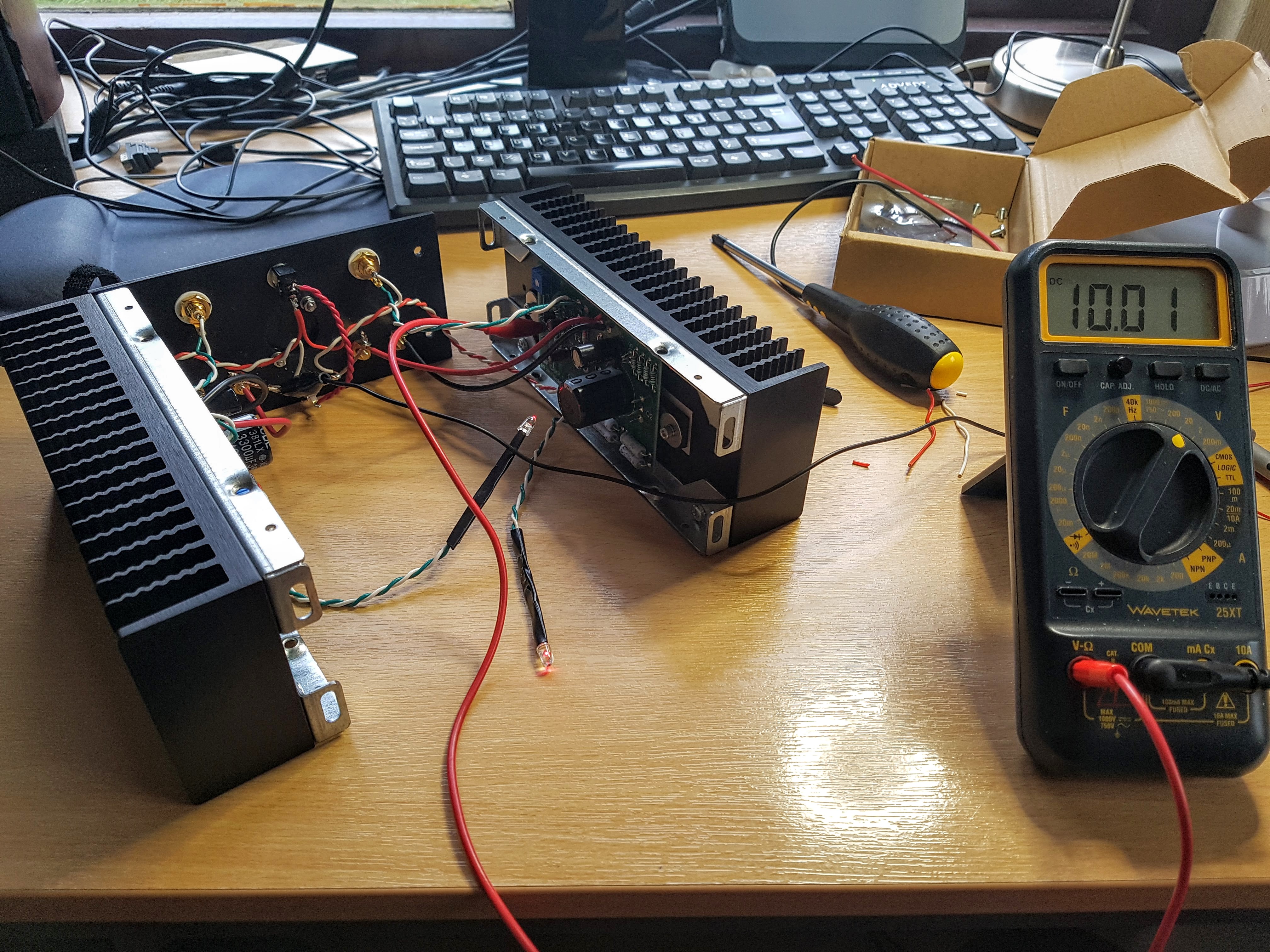 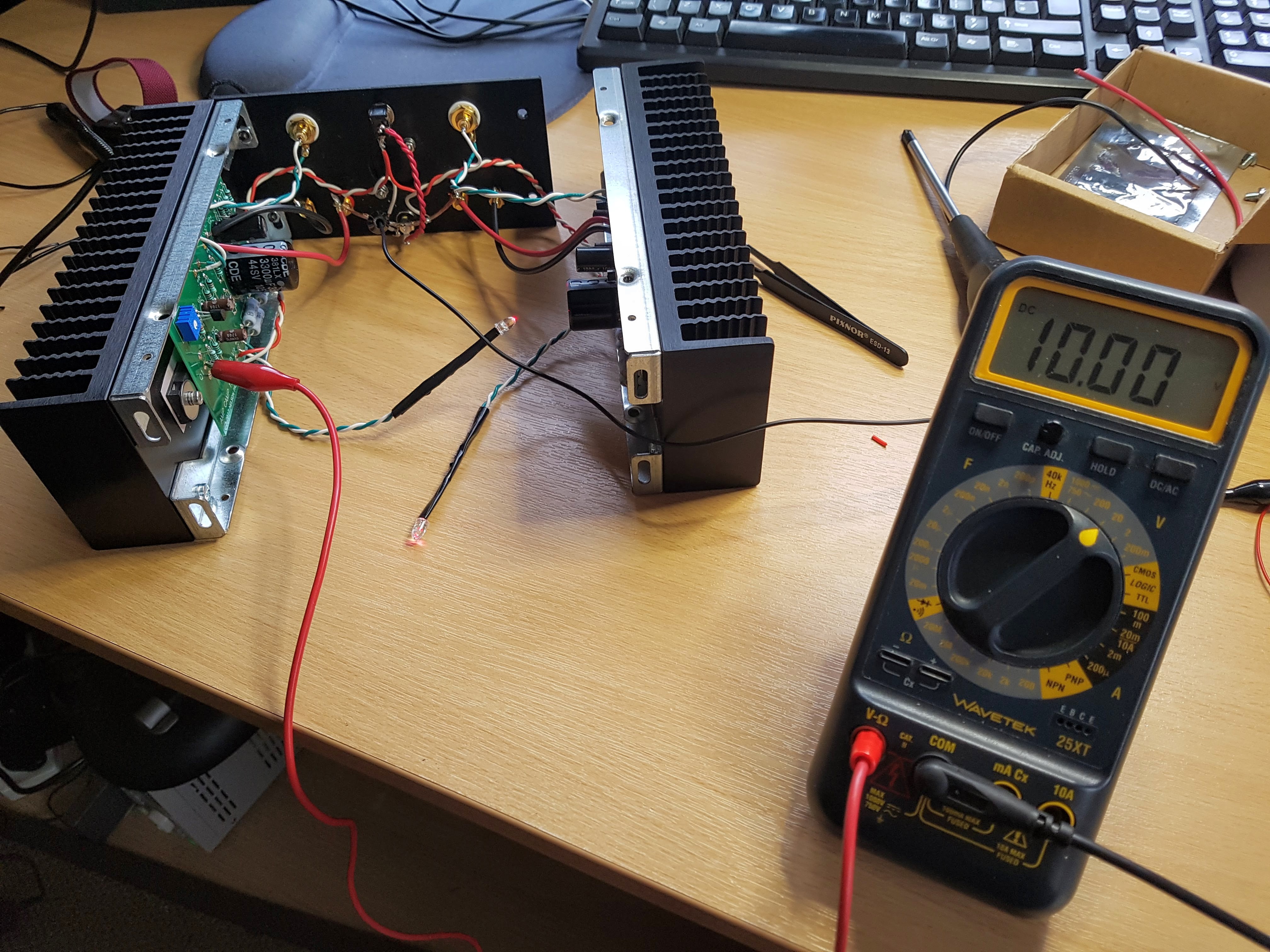 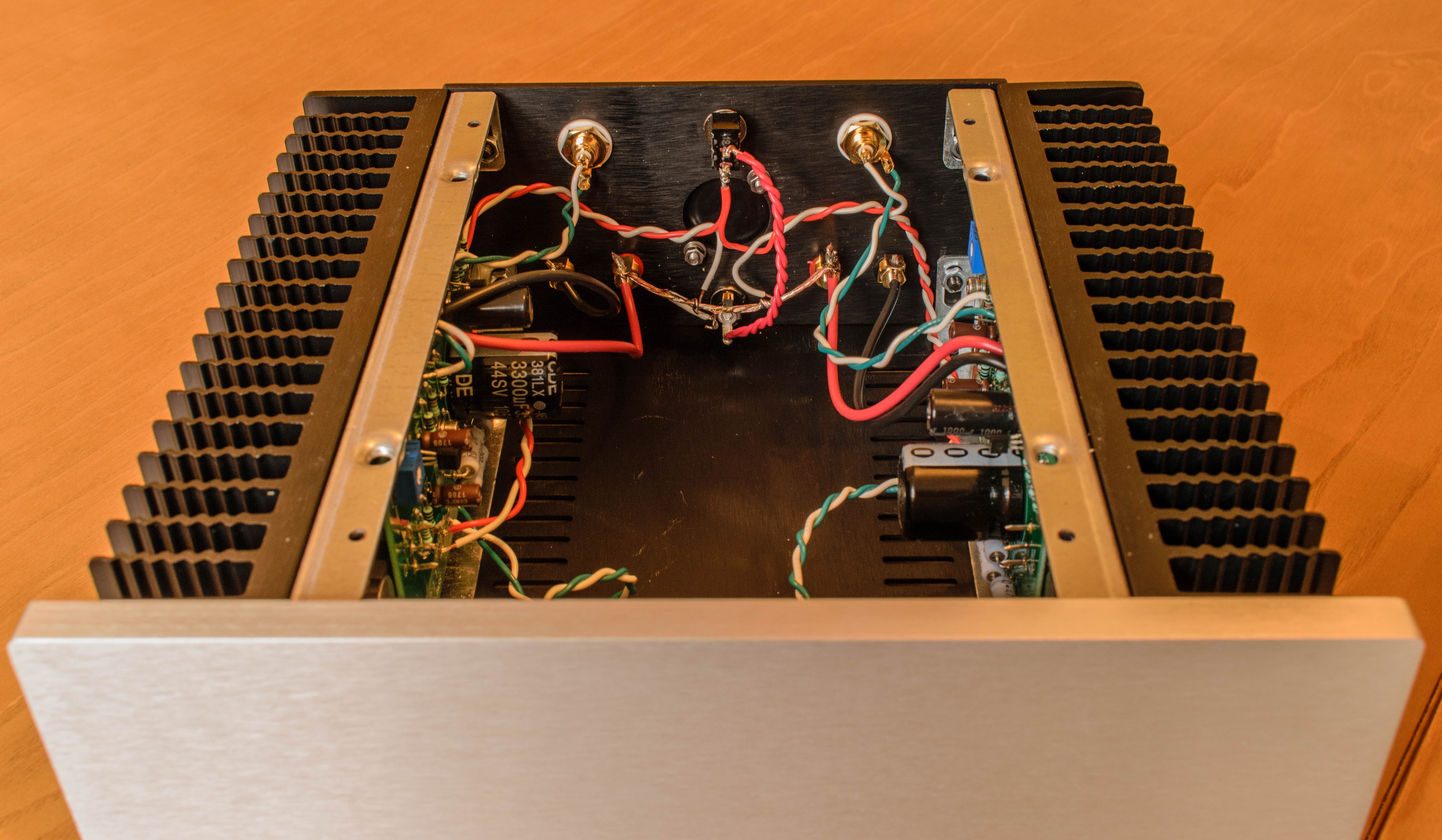 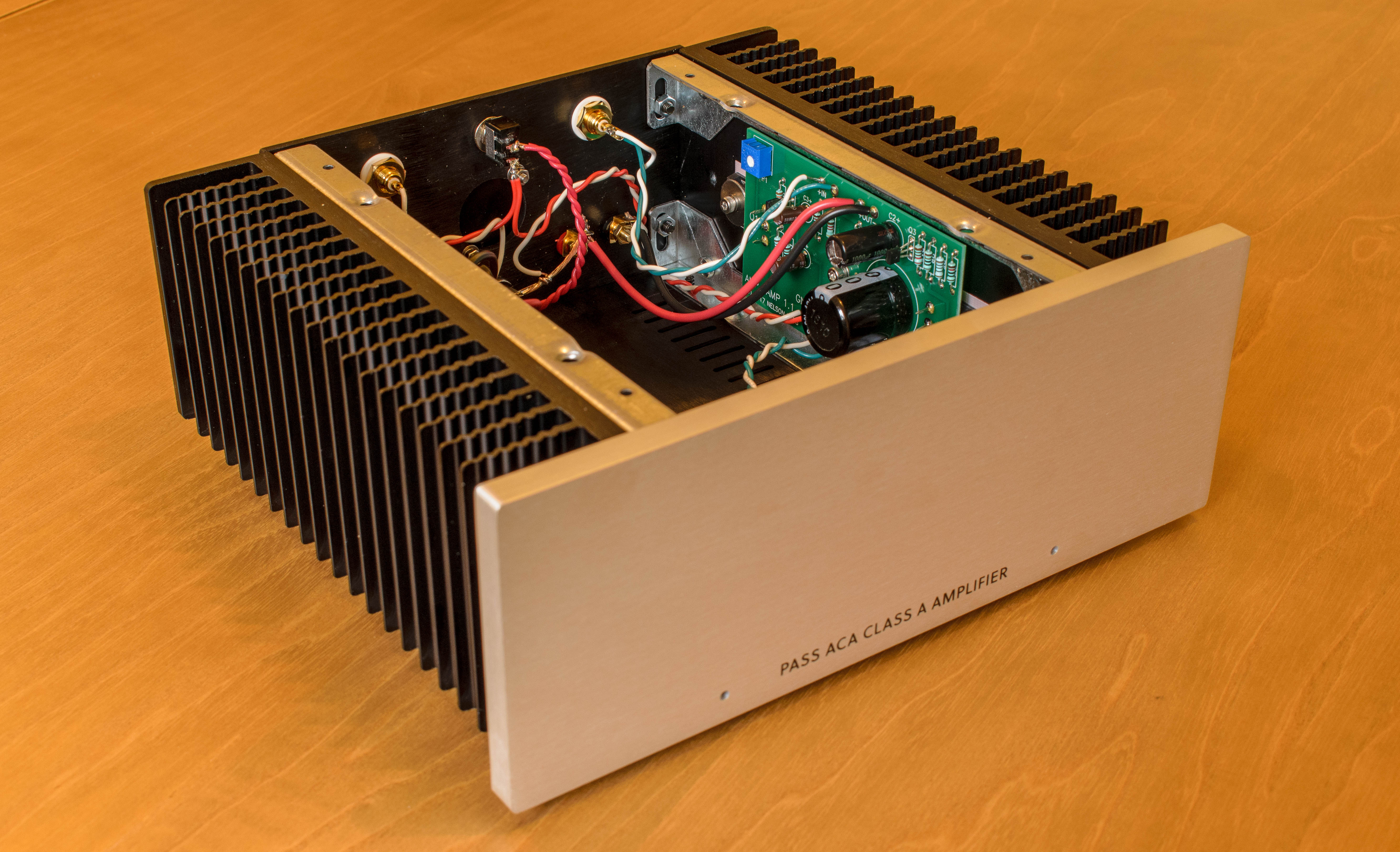 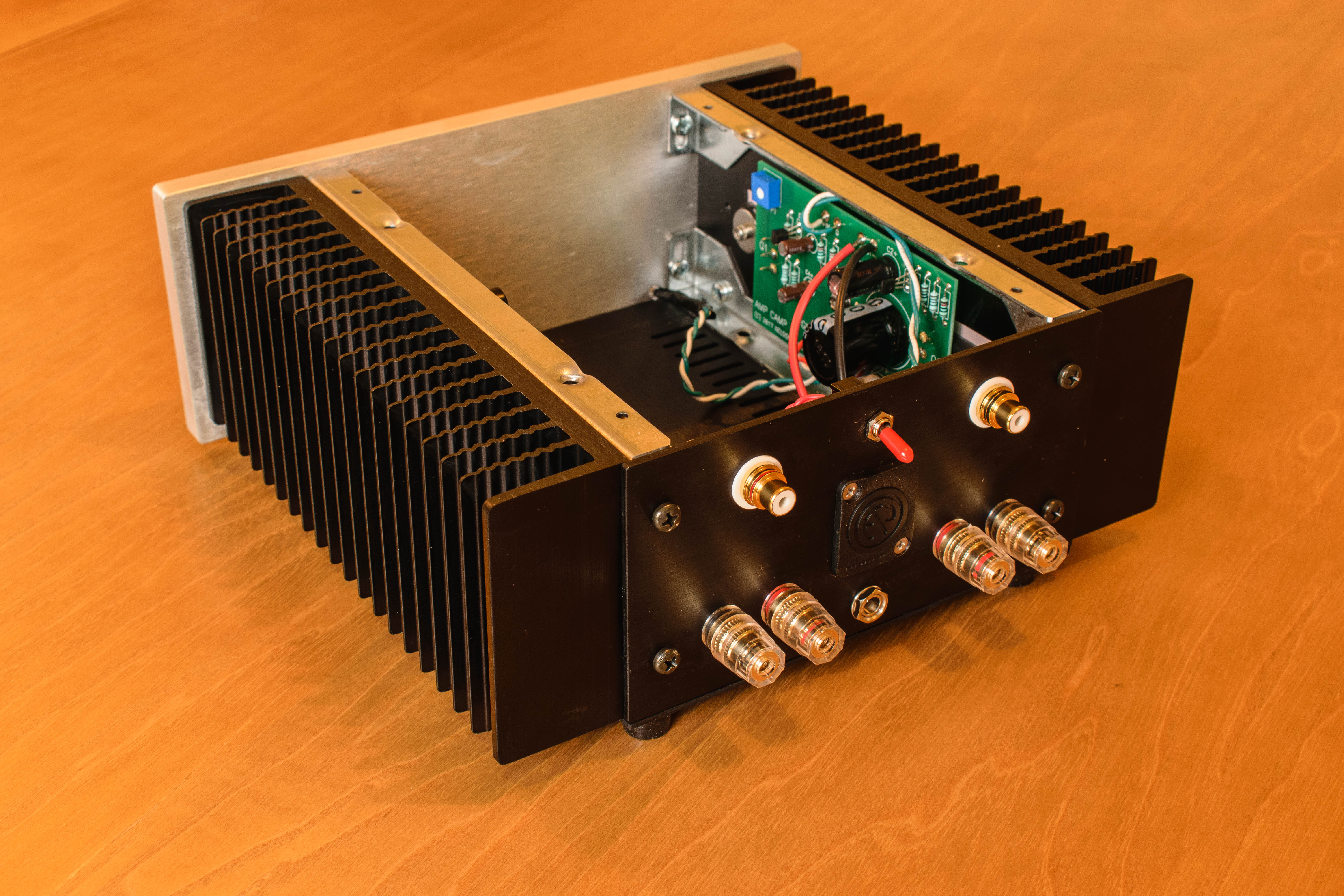 Finally, attach the top panel, turn on and wait for 30 minutes to let the amp get to operating temperature before checking and adjusting the bias again. 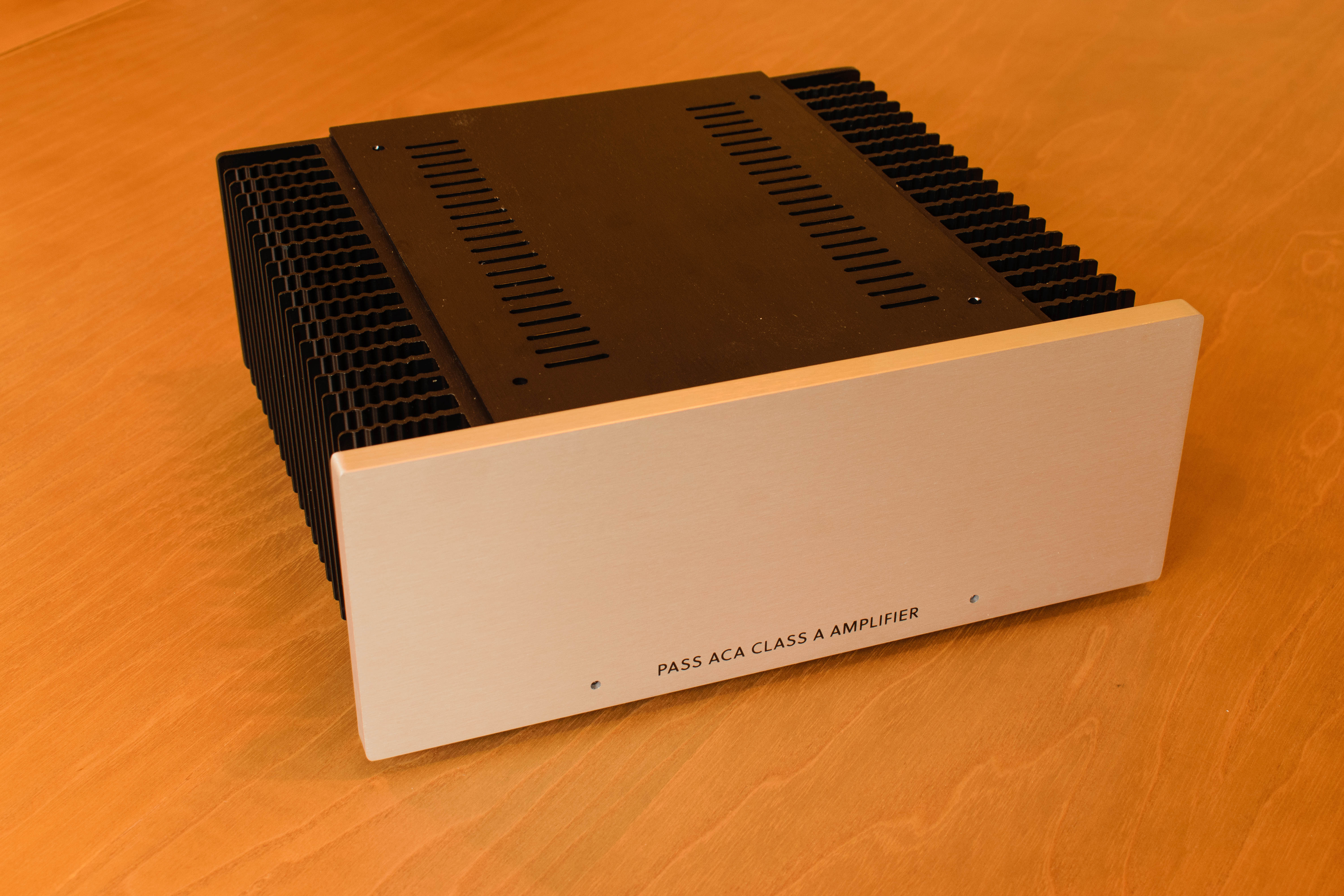 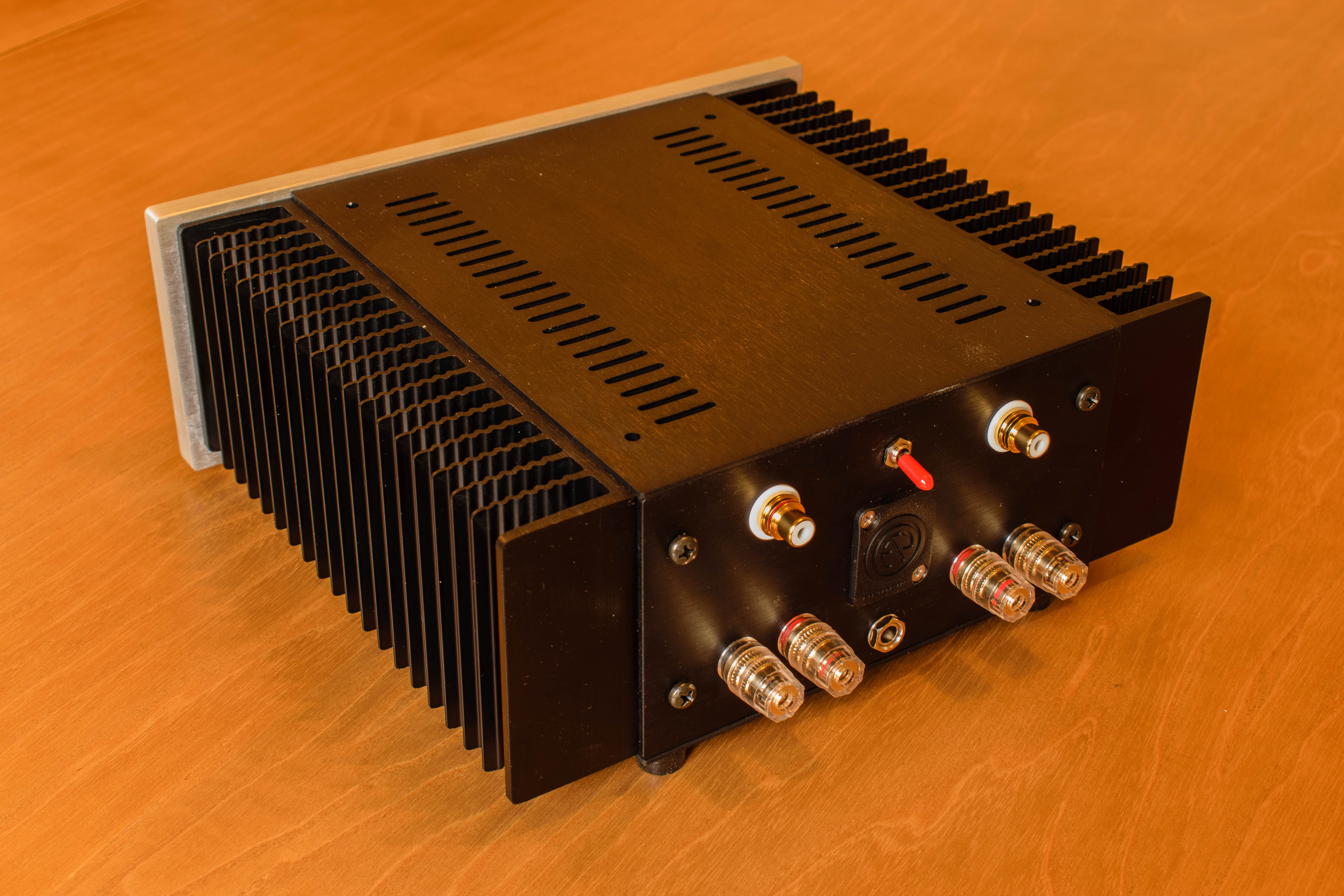 So, I hope you’ll agree, the amp looks fantastic. The 10mm aluminium front panel looks great and the heat sinks are really nice too, feathering out from the chassis. I really like the minimalist styling to the whole thing, from the lettering on the front panel to the functional rear, devoid of any text.

Pass suggests medium to high-efficiency speakers for the ACA. So far I have only tested with my Monitor Audio BX-5 speakers, which have a quoted sensitivity of 90dB at (1W@1m). I used my Samsung Galaxy S7 as the source and the Objective 2 as a pre-amp, with decent but inexpensive AWG 13 speaker cable. I won’t try to describe the sound because my descriptors probably wouldn’t mean anything to you. The sound fills the room nicely, something I was concerned about, but my living room is only small, at just over 3mx4m. I can’t express how happy I am with this build, it really does bring a smile to the face when you realise you’ve built something that works as intended with minimal fuss and look good too.