After building my first CMoy amplifier, I wanted to have another go and correct some of the problems I had with the first build. Specifically, I wanted to see if I could get rid of the hum and find a better case.

The hum was most likely caused by interference which the ABS case did not block. The search for a nice enclosure coincided with the demise of the Maplins chain and I was able to get a couple of Hammond enclosures for nearly half-price.

I built the circuit on the same board as before but made a couple of changes. I used the full size capacitors I had previously bought and the gain was lowered to 6 by changing the resistor at R3 to 2KΩ. The panel mounted connectors for signal input and headphones remained the same cheap components and a shielded DC input was used this time instead of the metal jack so that the power connection wasn’t connected to ground. 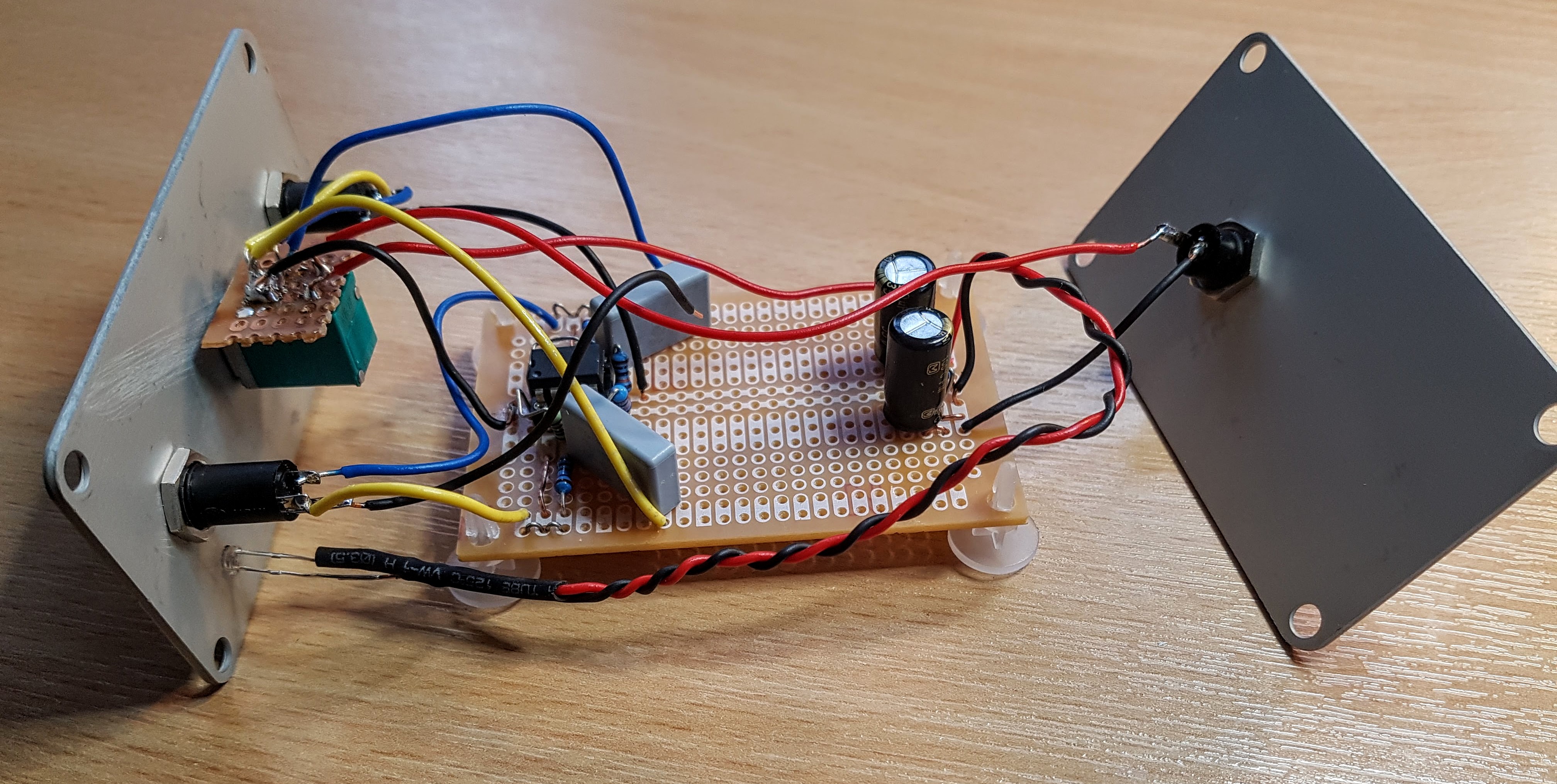 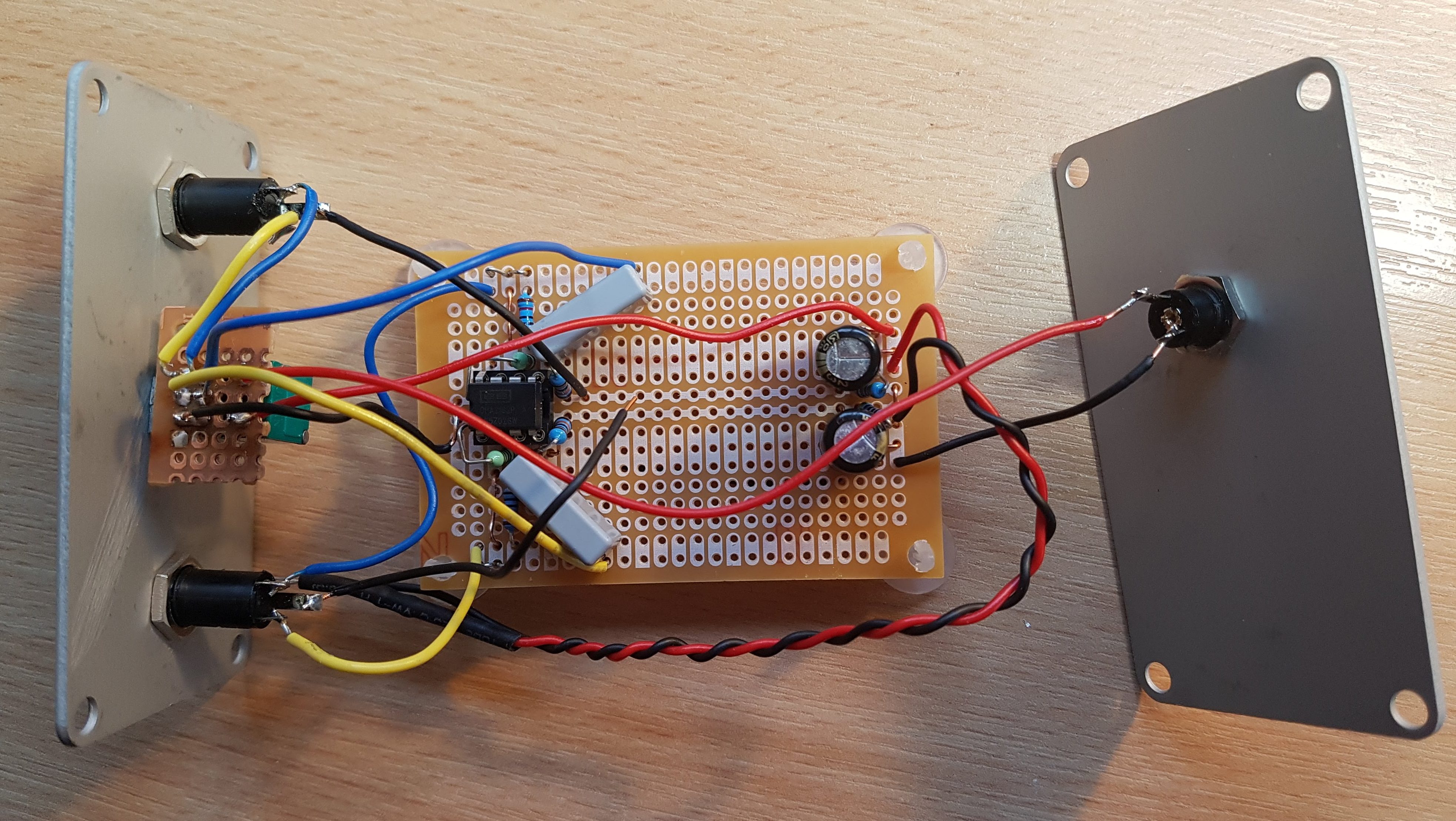 I had found the soldering of the connections to the volume pot tricky on the previous attempt, so this time I soldered the pot to a piece of board and ran the wires from that. I found this much easier. For the cutouts I used a dot punch and drilled a pilot hole using a Dremel on a drill stand before widening the hole with a larger drill bit. 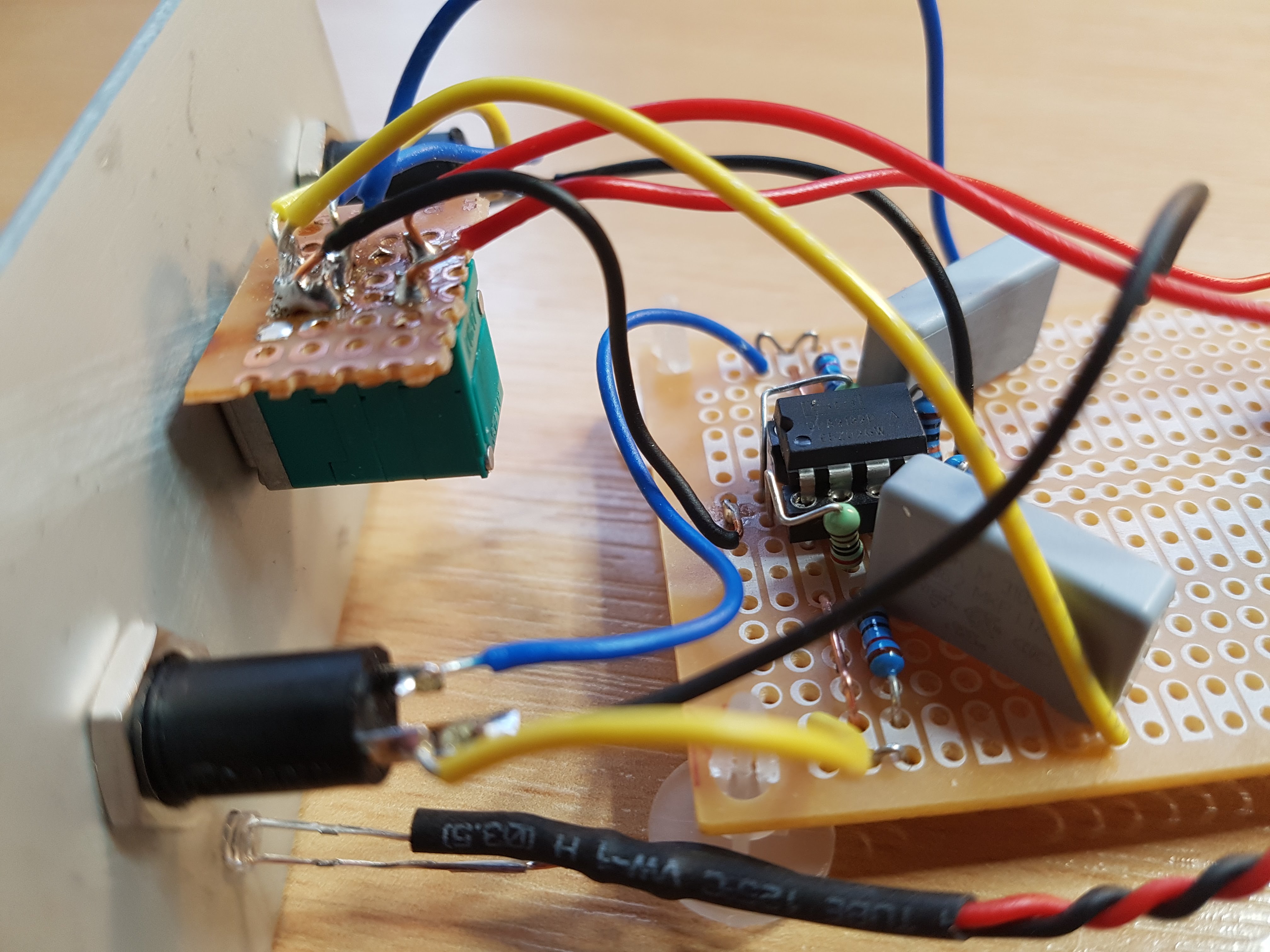 After putting it together and testing, the hum was still apparent, so I ran a small piece of wire from the ground of the audio input to fit between the front panel and the main enclosure in a similar fashion to that used on the O2 amp. This fixed the problem and, according to those with more sensitive hearing than mine, there is no hum at all. 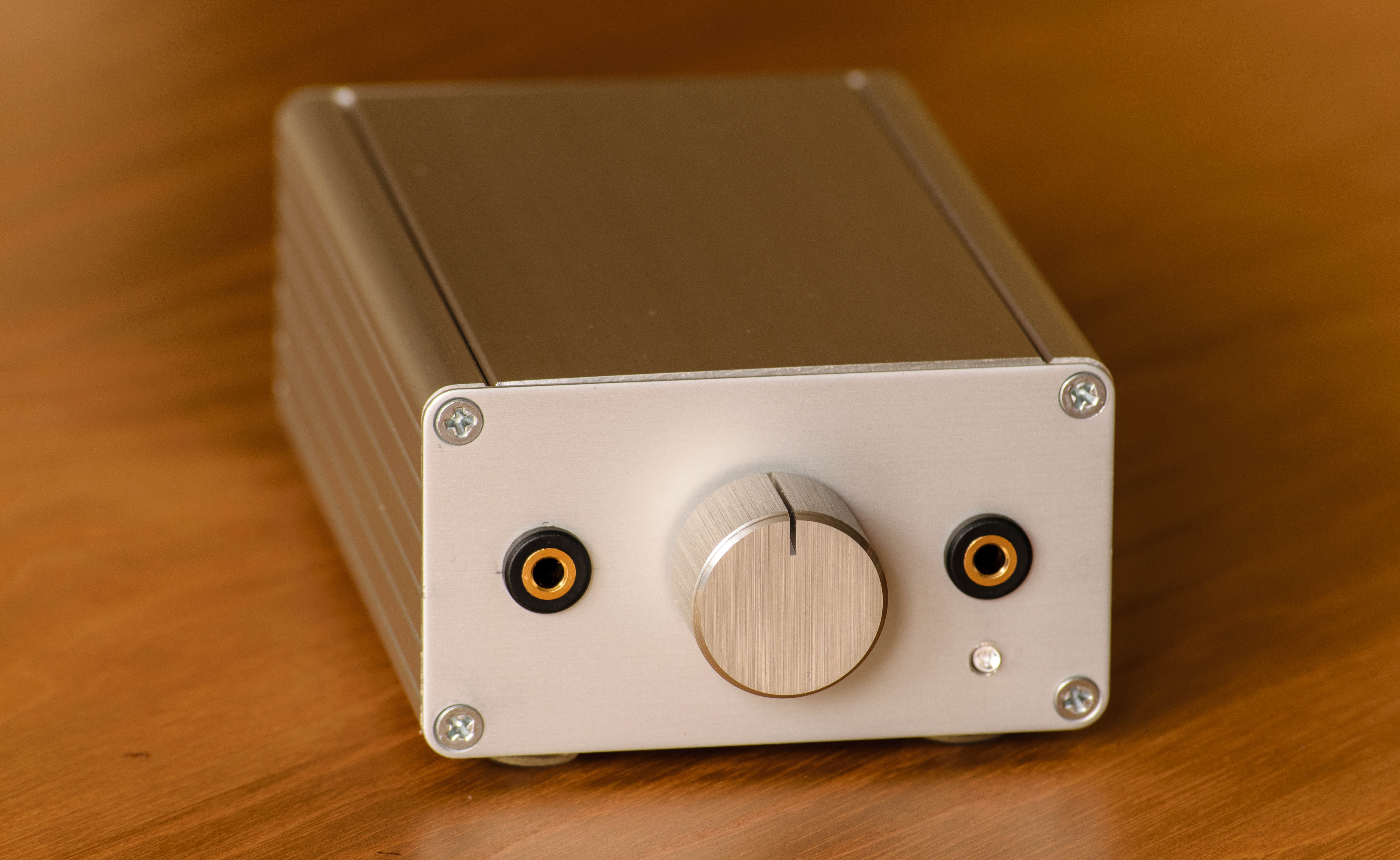 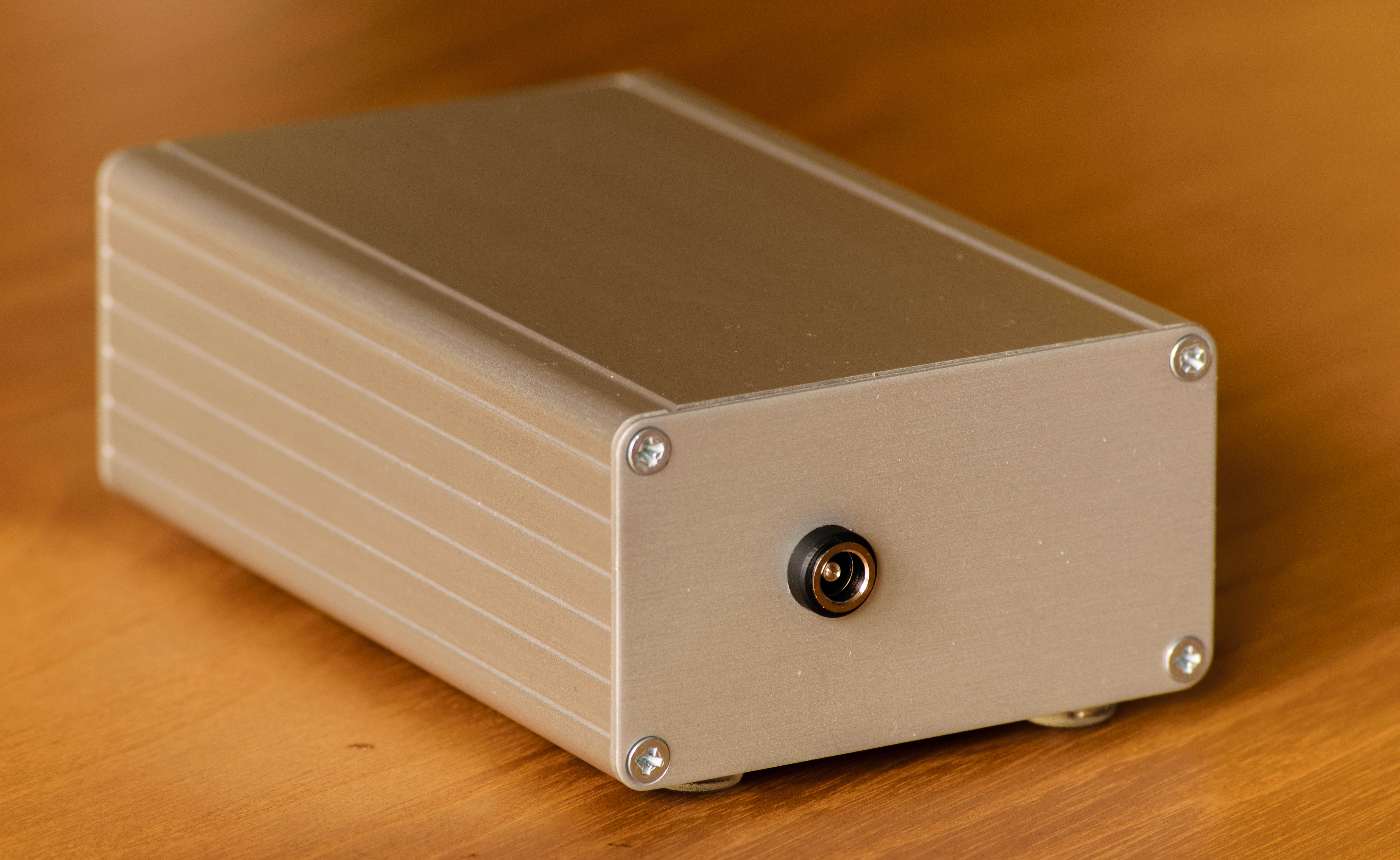 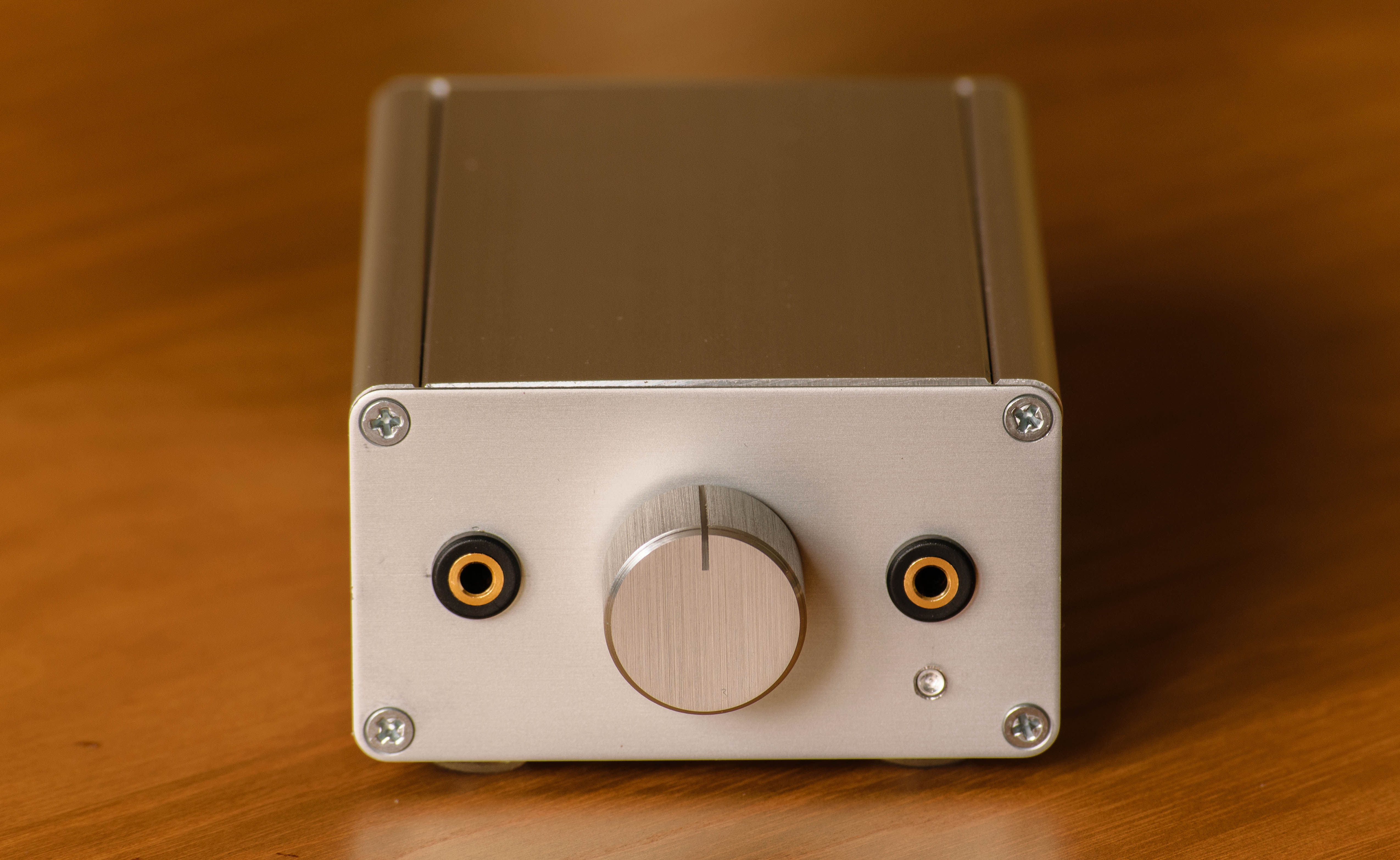 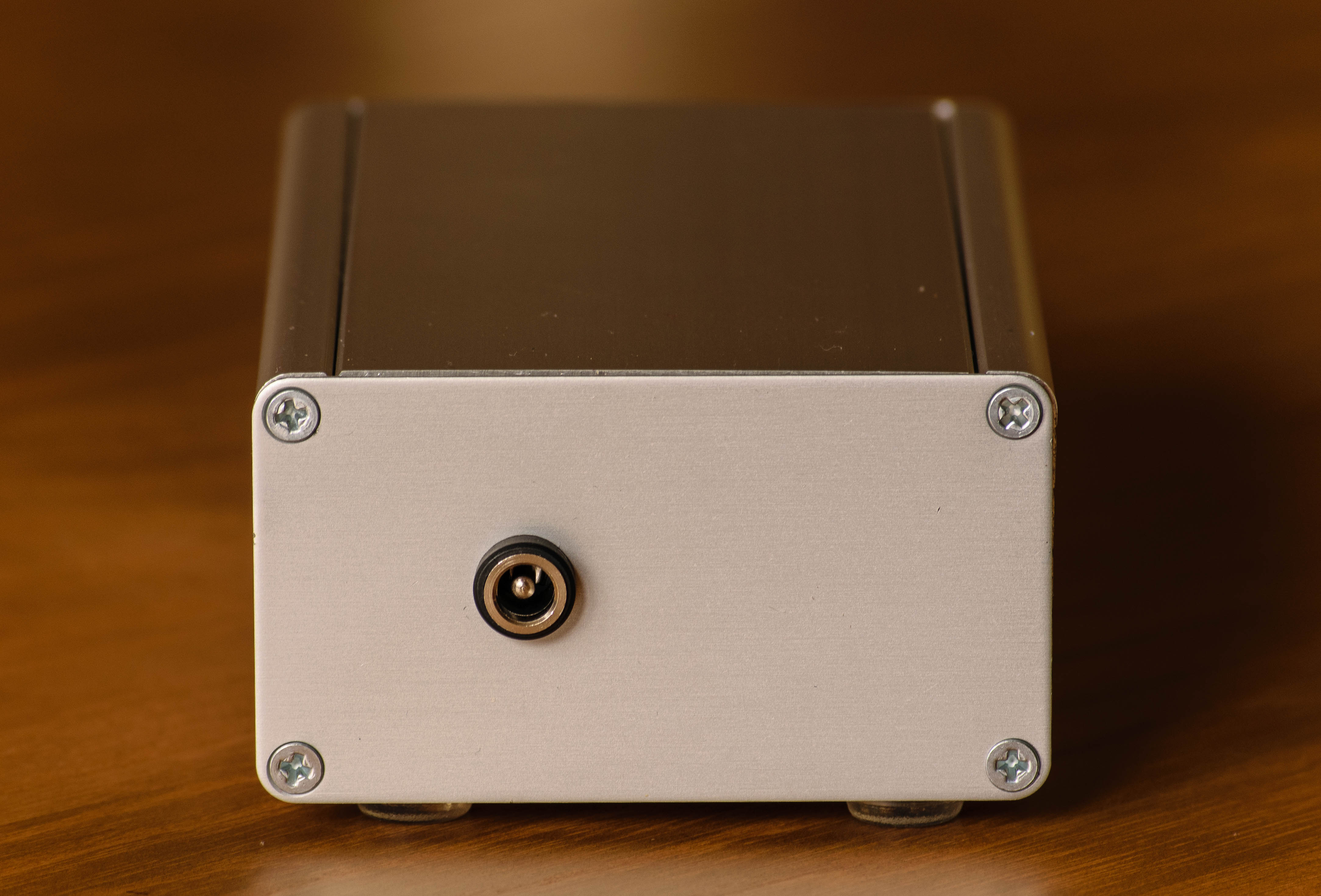