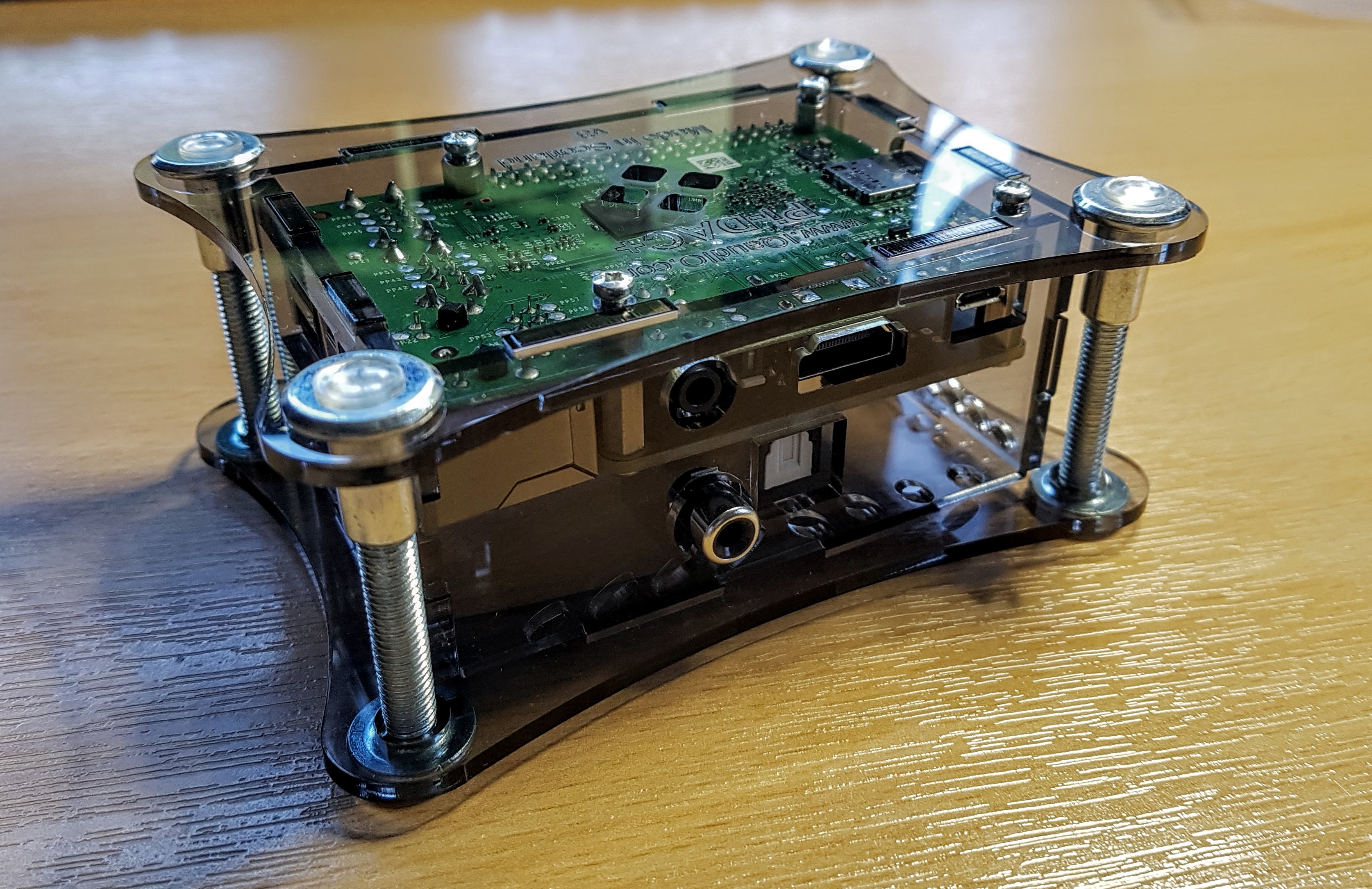 There appears to be a proliferation of streaming devices coming to the market, catering for all price-points. It was, however, the Chromecast that really brought this technology to the mass market, providing a simple setup with acceptable audio sound quality at £30 or cheaper with one of the regular sales. It really is hard to argue with at that price.

If you use a format not covered in the above list, chances are it can be played using the excellent BubbleUPnP Android app.

If you want to go beyond this, perhaps to play higher resolution files and you don’t want to pay hundreds of pounds for the many commercial options, there are some good alternatives. These are usually based on the small, single board computers such as the Raspberry Pi coupled with a piece of hardware dedicated to audio.  With suitable software installed on the Pi, you can stream audio from your computer, phone, NAS or streaming service over your wi-fi or ethernet connection.

I’ll briefly explain my music setup and then detail the streaming options for the two locations where I have my audio equipment. It is useful to be aware of certain terminology with regard to streaming and DLNA, the protocol that is utilised for standards in streaming so I have included a description of the terminology you are likely to come across.

DMS –Digital Media Server – where the media is physically located. This could be your computer, a NAS or your phone

DMP –Digital Media Player  – where the media is played.

DMR –Digital Media Renderer – where media is played, but with ability to respond to a controller. In the examples discussed below, the Raspberry Pi units are renderers.

DMC –Digital Media Controller -software control of the renderer — functions as a remote. Often this role is taken by apps on smartphones and tablets.

Certain devices and configurations can be utilised as all or some of the above. For example, your computer may act as both server, renderer and player.

I have a laptop with a 2TB hard drive on which I store and catalog my music using JRiver Media Centre. Music is ripped from CD to FLAC or occasionally purchased as download. A backup of the music is located on a QNAP TS-251+ Network Attached Storage (NAS) device. The noise of the hard drives is intrusive,  so I choose to keep the NAS in the kitchen. This also applies to the laptop and locating noisy music storage and playback devices out of listening rooms is another good reason for streaming. I use the excellent Minimserver on the NAS as a way of serving music through the network.

Whilst audio can be output over the Pi through the 3.5mm analog audio jack, or fed out through the USB port, the sound quality has been widely criticised as unsuitable for critical listening. This has resulted in a variety of add-on boards, termed HATs (Hardware Attached on Top) which can include high quality DACs, amplifiers and digital outputs. There are many different configurations to choose from, and your choice will depend on what equipment you already have. As I already have external DACs and amplifiers in my rooms, I only need a way to send the digital signal, the music, to my DACs. I have only bought, and thus only have experience of the digital output HATs. Their function is thus limited to sending the music to the DAC in my case.

In my office  I have a Pi with a  HiFiBerry Digi+Pro. This is their top of the range offering, with TOSLink, RCA and optional BNC connections and support for 192kHz/24bit resolution. The board is well made and the sound quality is excellent. The Pi has to be able to talk to the network and configure the HATs. To this end versions of bespoke operating systems, developed solely as music playback systems are available from various companies and individuals. I use Volumio 2; I have found it to be stable, easy to install and use, and updates are frequent. Once installed and configured, your device becomes visible to the network as a DLNA point. There are many options to control and playback music. With Volumio 2 you can access the interface with a mobile or desktop app. I prefer to use BubbleUPnP as a remote control on all of my mobile devices. In the office I have an Amazon Fire 7, which acts solely as a remote for my music.  The cost of my office setup came to just £120. This includes:

Remember, this does not include any way of actually listening to the music, it is purely a way of transporting a digital audio signal from one device to another. In my office, the Pi is connected by the S/PDIF connection to a Schiit Modi 2 Uber DAC, which in turn is connected to a Cambridge Audio A1 amplifier. I also have a Schiit Magni 3 headphone amp in the chain as the amplifier does not have headphone output. Speakers are Wharfedale Diamond 10.1 and headphones are Sennheiser HD600s. I’m extremely happy with this setup, a combination of quality and affordable parts with a very pleasing sound for a garden office.

In my living room I have the same type of streamer, a Pi with a HAT, but this time I went with a IQ Audio Pi-Digi+. Again, this seems to be very well made and allows up to 24-bit/192kHz playback. The cases are perspex and very nicely finished. This Pi connects to a Teac UD-501 DAC which in turn feeds a Marantz PM6005 amplifier and Monitor Audio Bronze BX5 speakers, Sennheiser HD650s or HD569s. As for sound quality, I cannot tell the difference between a CD played through my Marantz CD6005 or a streamed FLAC rip of the same CD through the IQ Audio Pi-Digi+. The cost of this device is on a par with the HiFi Berry at around £30 for the HAT and £13 or so for the case.

The transport of digital signals through these types of devices has been objectively tested and found to be very accurate and this does indeed seem to be my subjective experience. I highly recommend a device such as these; you really don’t need to pay for an expensive streamer unless you want the aesthetics that go with such purchases.