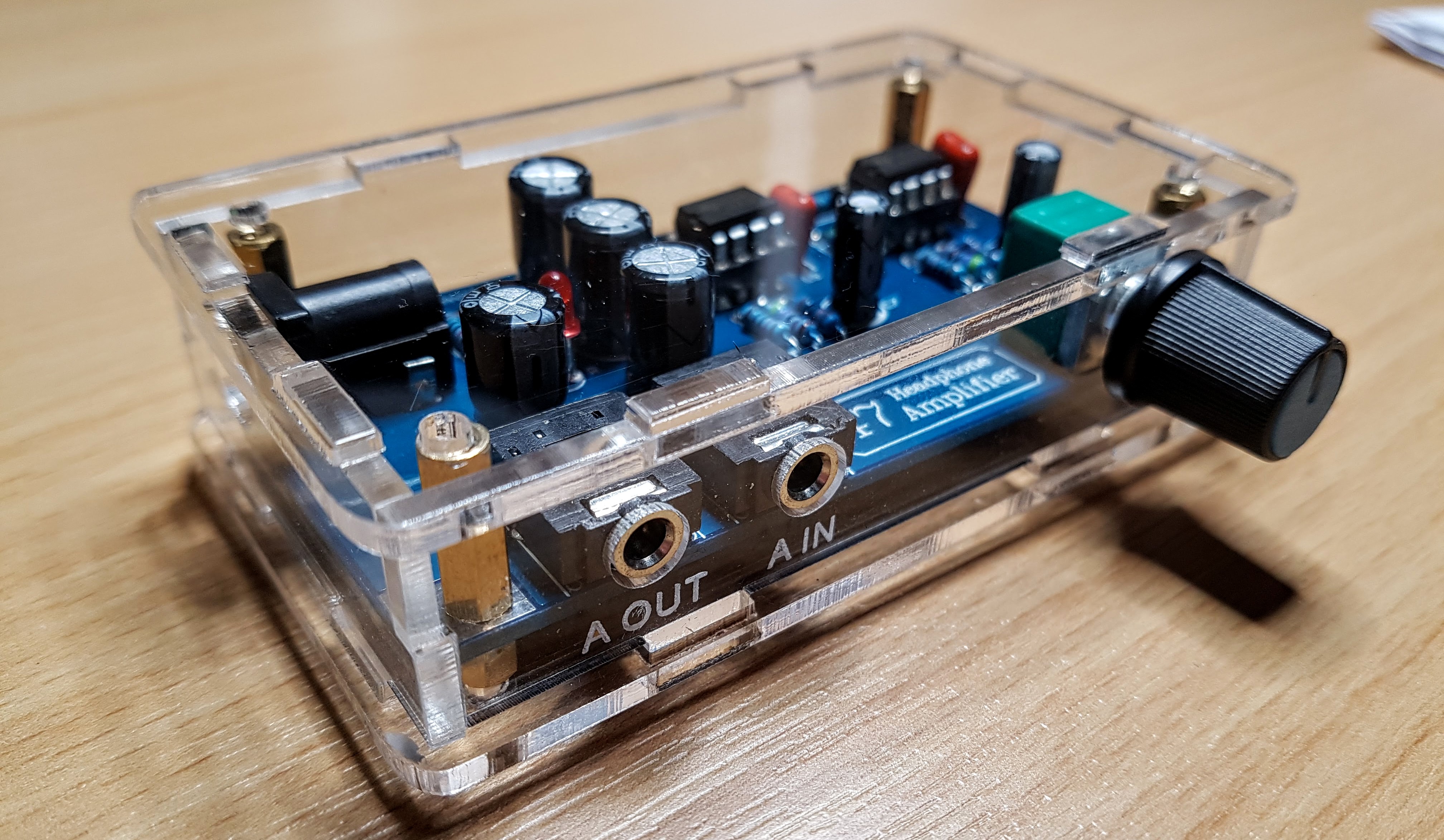 This was the first amp that I attempted. My expectations were low but the rationale behind buying it was that it was I wanted to practice soldering and  have a (hopefully) working product at the end of it. Prior to this I was practicing  on a perf board with wire.

The amp uses two NE5532P op-amps and comes with a nice perspex case, a decent PCB and volume control all for the princely sum of £5.42 including postage from China.

Construction was straightforward with no problems populating the board and my novice soldering worked OK. On applying power one of the chips overheated straightaway. I’d ordered two kits so I replaced the chip with one from the duplicate set and it worked fine. The chip overheated in the other board too so it seems it was faulty on delivery. If you do need replacements you can get them for £1.37 from RS. Initial testing was done with cheap earphones. There was a very slight hum, probably due to EM radiation as reported elsewhere. The sound is actually ok for such a cheap little amp and delivers a little more bass response from my phone but the volume is quite low. 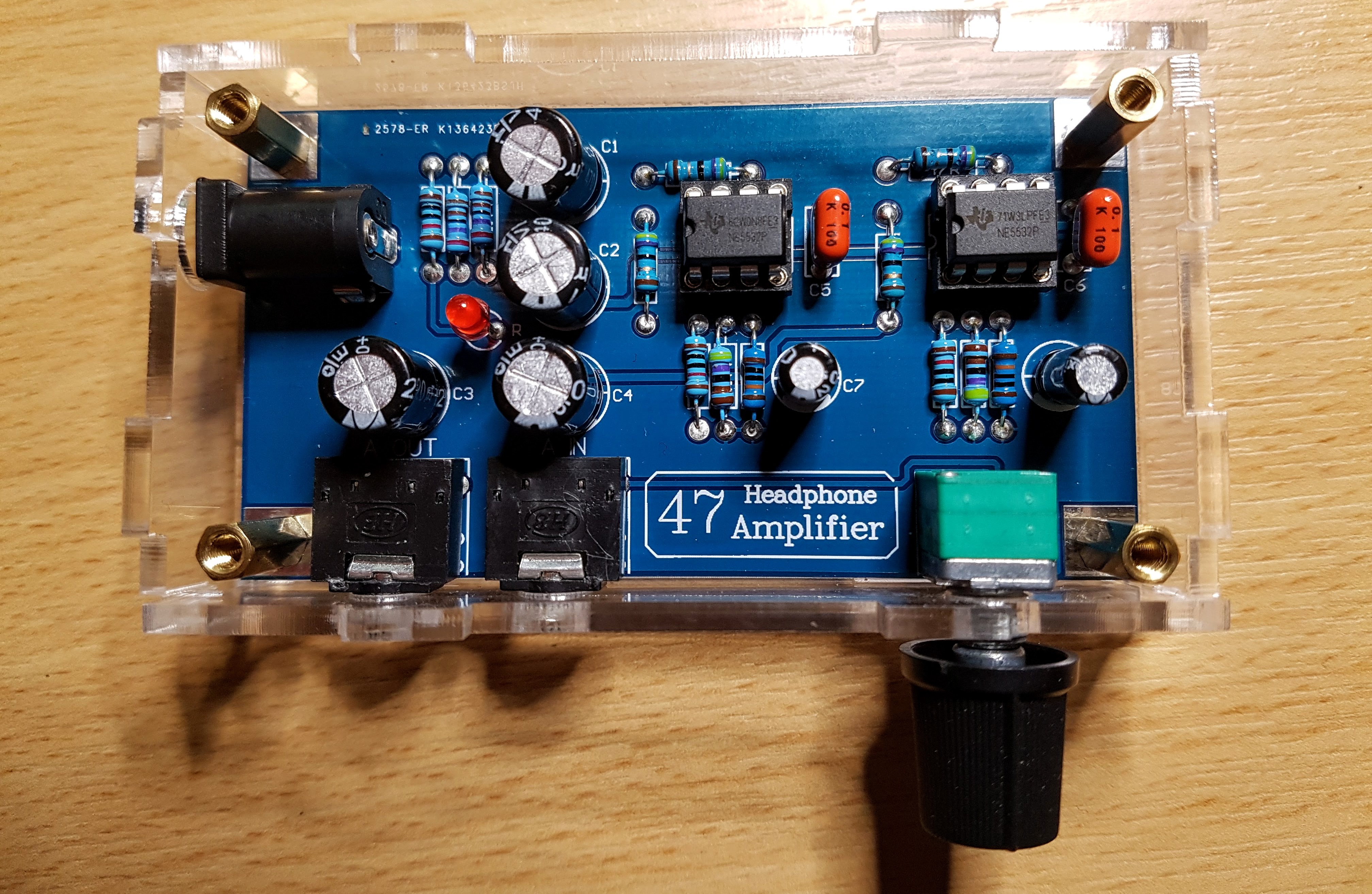 On assembling the case you notice that the capacitors are too tall and the top of the case doesn’t fit. Easily rectified, but it’s a shame because it’s quite a nice little kit.

There are lots of these kits around on Ebay, I bought this one and the seller posted quickly and has good feedback. There are plenty of guides, reviews and tutorials on YouTube. It was a video from Demux4555 that led me to this amp and it’s worth having a look at his videos as they are a great resource for complete novices.